The new Roadkill video is out and we were there!

The roadkill video from Bonneville has finally been put on you tube. We watched them film the very beginning of the video where Finnegan says what this weeks roadkill is about. They filmed it in the pits and Steven, Isaac and myself watched them go through about 5 different takes to get it right. Here is the picture of them filming it. 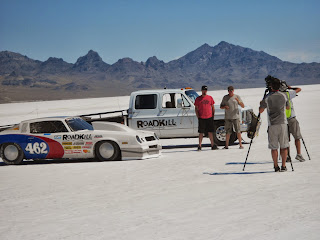 We talked with them for awhile and they are really cool guys. 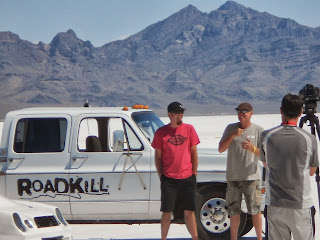 This was "The best day ever" hanging out with my sons on the salt! 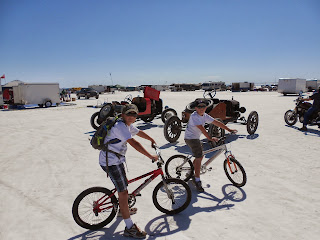 And here is the video. It is one of the best roadkills they have made. I might just be saying that because we were there though.             ENJOY!

Watching this video brought back awesome memories that I will not forget and hopefully my boys will remember also.
Posted by The Bug Boys at 9/20/2013 10:43:00 PM