Cruising and a car show!

Well, We finally entered Ed into his first car show. It was the Wasatch Classic and is held in Provo every year. We met up with the local Volkswagen club and then we all drove to Provo. It was a blast to cruise with a bunch of other VW's. The day was pretty long and very Hot but lots of fun. Steven and Isaac went with me and Ellie and Dixie stayed home and went to the new Harry Potter movie. Dixie really liked the movie. Here are the shots. 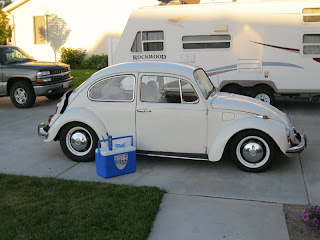 Here we are loaded up and ready to go. 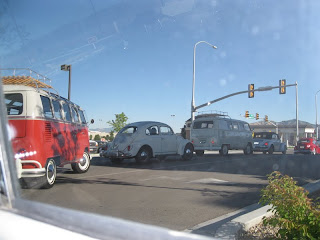 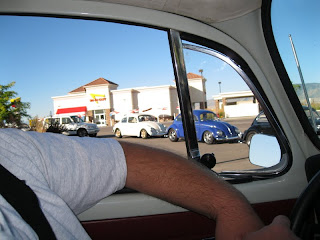 There was about 30 VW's that congregated here to finish cruising to Provo. 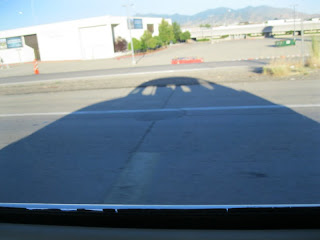 Some of Stevens Shadow Photography. 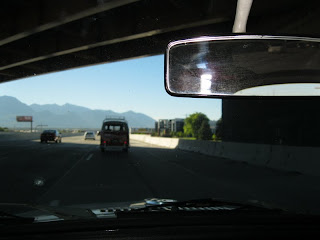 I tried to get the photo to show the cars ahead and the other VW's that are behind me in the rear view mirror but I didn't get the mirror one to work. 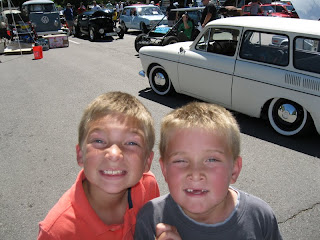 The Boys at the show. 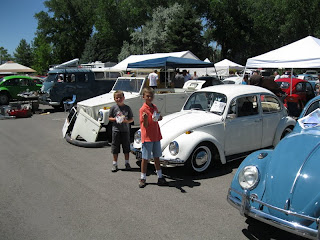 Here is our Bug at the show. It definitely wasn't the nicest but it also wasn't the worst one there. 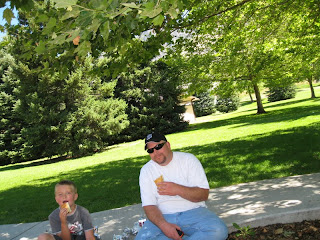 We ended up eating hot dogs for lunch because that was the only vendor there that had food. They did taste good though or maybe we were just really hungry! 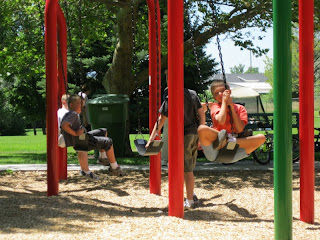 They had a playground at the park we were at so the boys spent some time there having fun. 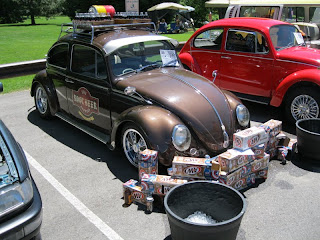 This was a cool Bug. He gave out free root beer in the morning. 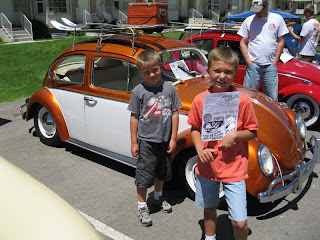 We drove behind this bug for awhile as we cruised to the show. 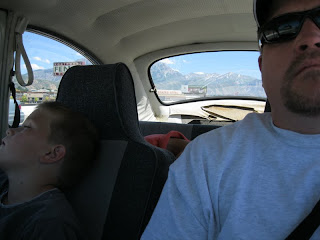 As you can see the boys had so much fun they crashed on the way home. It could of also been from the heat in the car or maybe the exhaust fumes? Really we had a blast and plan on going next year.  Hopefully the Bug will be painted by then.
Posted by The Bug Boys at 7/23/2011 09:43:00 PM 2 comments: Links to this post

What a Long Strange Trip It's Been!

Well, The last couple of weeks have been a complete whirlwind. Between work and vacation and to do lists time has just flown. The last time I blogged I just finished painting the wheels on the bug. Here are the photos. This is the before picture. This was right before I realized my back tires were bald.
So the bug went up on jackstands and I decided to paint all the wheels so they actually would match. I powder coated the front ones and the back ones were rusty and needed some attention. Now was the perfect time to do it while I had the tires off anyways. My work has a tire machine so I was able to remove and install the tires myself. That saves on money because tire shops won't give you a brake on removing or mounting tires especially when you don't buy the tires from them. I had one minor setback with the wheels. I was cleaning them in an ultrasonic tank to remove the paint and rust. The chemical in the tank is the equivalent of Drano. I was in a hurry and ended up splashing the stuff all over my face. NOTE: This is not very pleasant on your skin or eyes! I was a tough guy and wiped it off washed my face and called it a day. Well the next morning my eyes were swollen and I had a rash on my face. A trip to the clinic and a lecture from the DR. along with 3 eye flushing's that felt like they used nails and broken glass to flush my eyes and everything was good as new. (If you get Drano in your face go to the doctor immediately because it can cause blindness and it will keep the doctor from telling you how stupid you are for not coming in sooner.)
Anyways, Moving on. Here are the freshly painted wheels with tires installed on the bug. I am still not sure if it was worth a faceful of Drano or not. I am leaning towards NOT.
While the bug was stuck in the garage without any tires we hit a couple of car shows and went to Bear Lake. The first 2 pictures are the from the Cache Valley Cruise In up in Logan. I picked these 2 as my best of show winners. I don't know if they won anything or not but in my book they did.
We then went from Logan up to Bear Lake for a few days. It was fun. The lake is full and our new trailer worked out awesome. Here Dixie is holding out the camera and snapping a shot.
Steven and Isaac at the campground. We stay up St. Charles Canyon on the Idaho side. The mosquito's were really bad but other than that it was nice weather and an alright weekend.

The remainder of the Photos come from a local Cruise Night at Jordon Landing. This truck was just too cool.

I have the family pick their favorites at every show we go to. This 49 Chevy was mine. I love the 50's customs and this one was unbelievable. I like everything about it.


This one was the family favorite.
This one was Dixie's Favorite
Ellie chose the pink Mustang with flames. Well at least she drooled on it or maybe it was spit?
Steven chose the cool Army jeep as his top pick!

Isaac actually likes every car at all the shows and takes pictures of them all but he narrowed it down to a few. He thought these 2 were cool.

Steven is trying to imitate the head on the grill of this car.

Another one of Isaac's favorites. I like the flames on it.