There are a lot of pictures in this post because its been so long since I have posted. Work has gone absolutely crazy like it always does in the summer. Anyways here are the contenders for part 13. Ellie and I caught this picture on a daddy/daughter date we were on. It was raining on and off at the time. 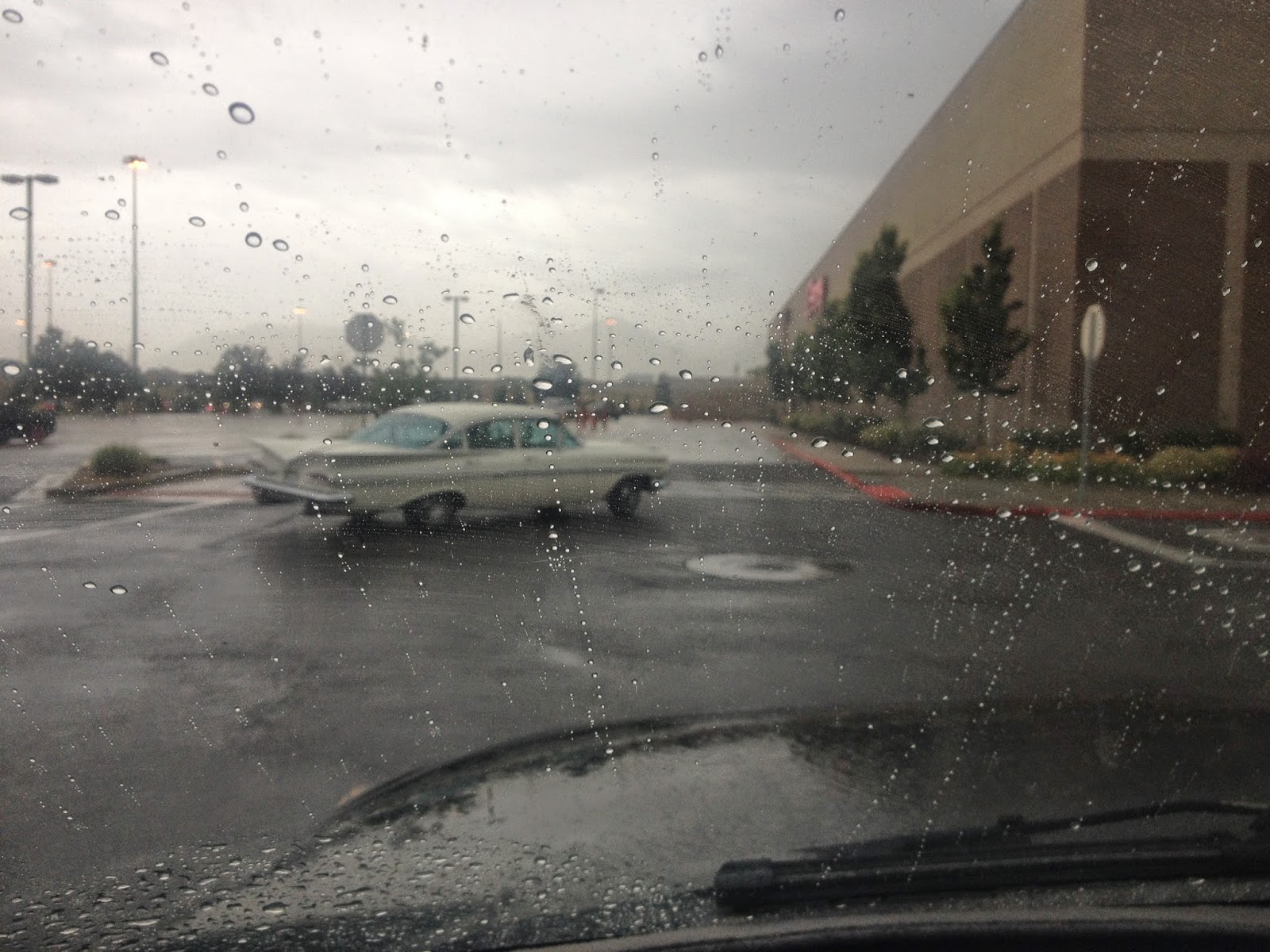 We saw this one in Murray. Ellie loved it because it had pink on it. She loves everything when it's pink. 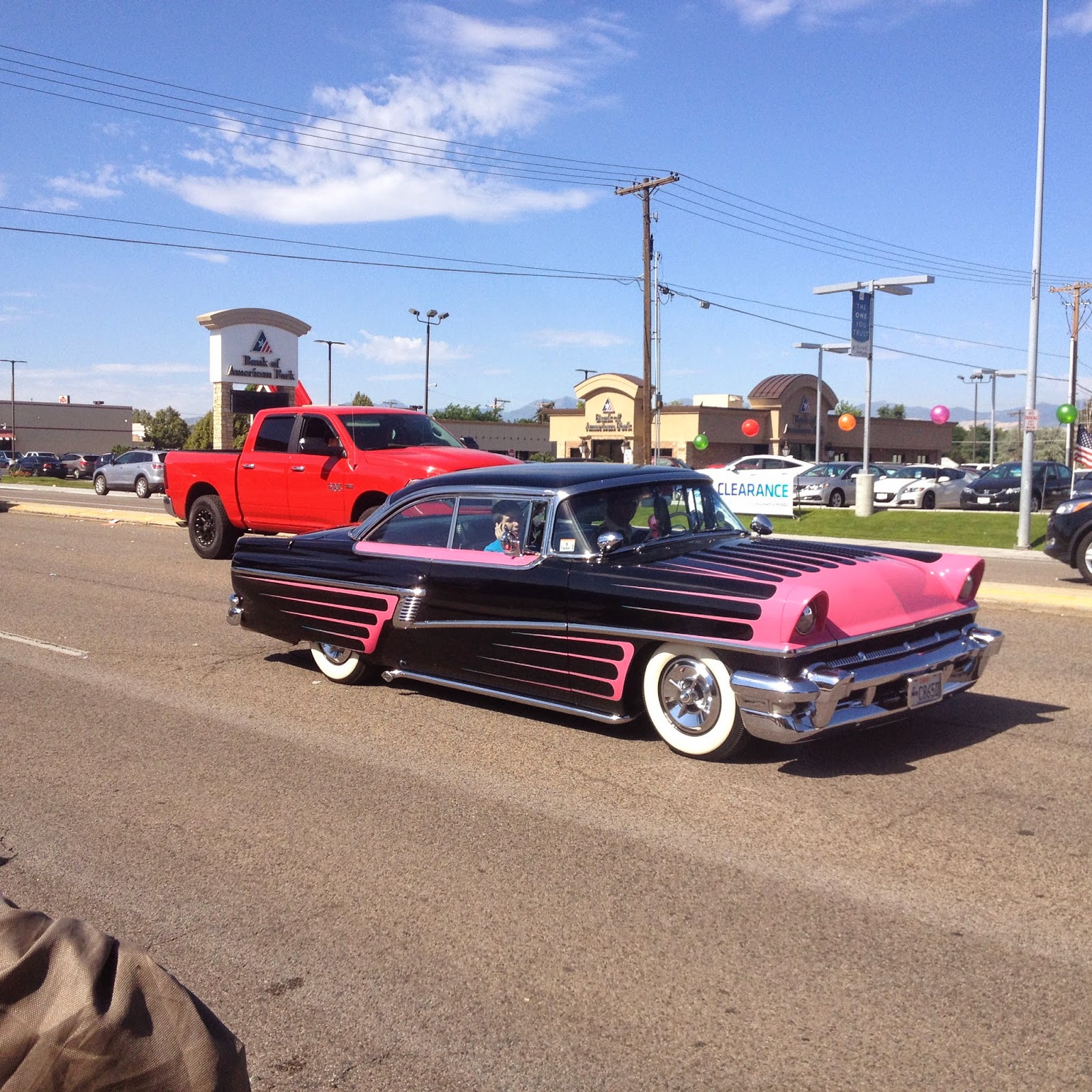 This T-bird was headed north on I-15. I love these cars. 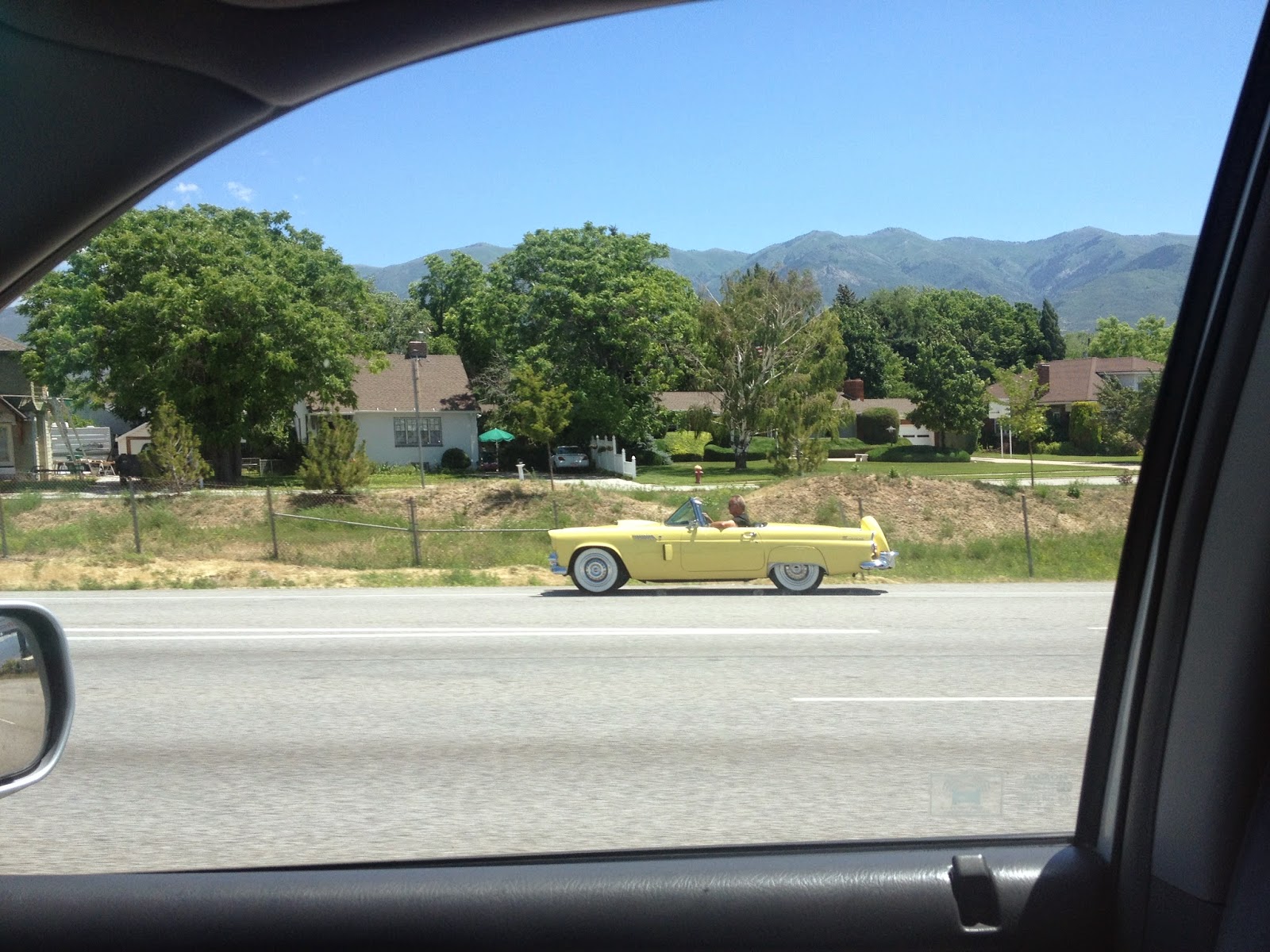 I spotted this truck coming up fast. It was awesome! 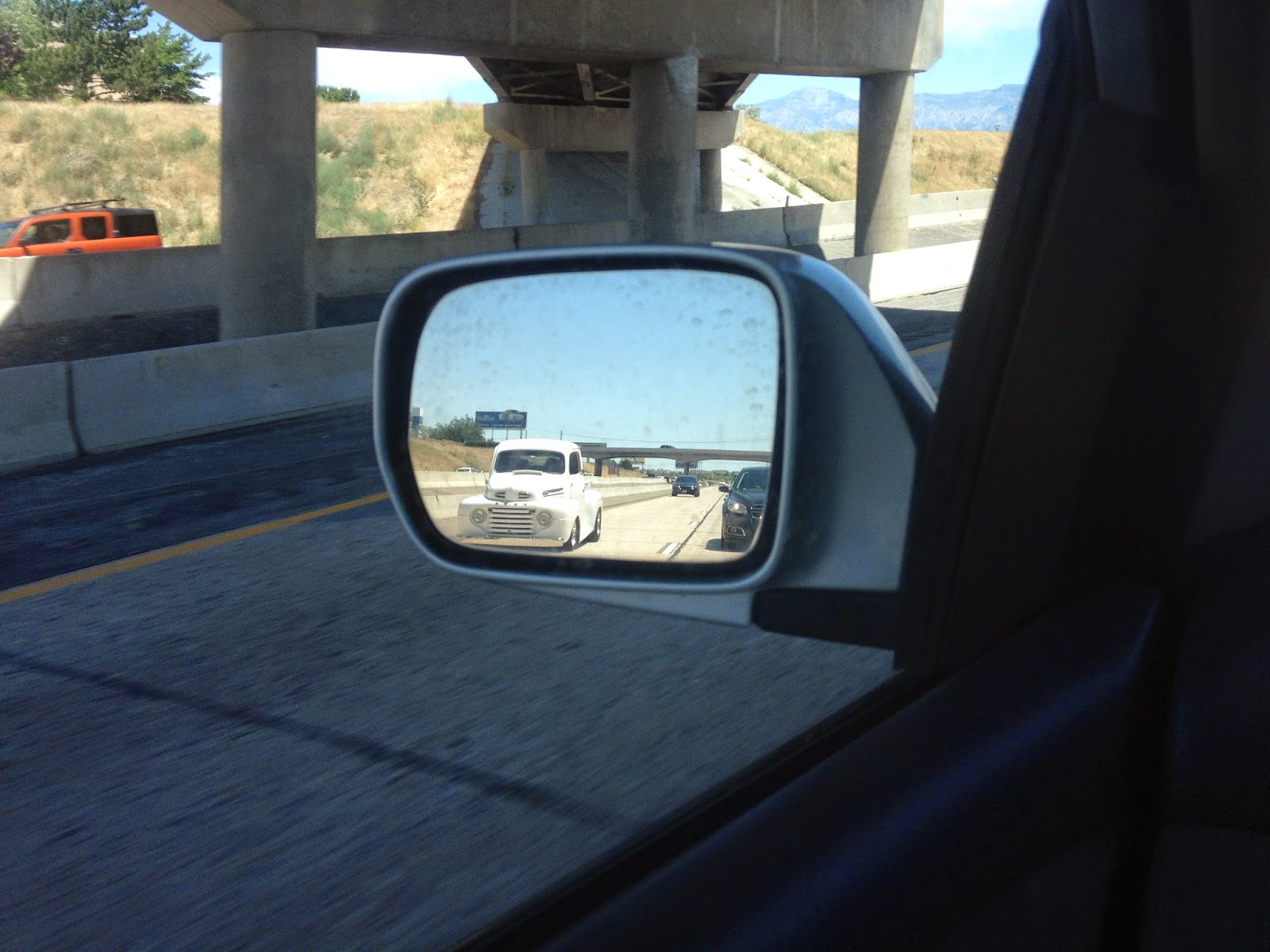 It passed me going pretty fast but I was able to get these pictures of it. 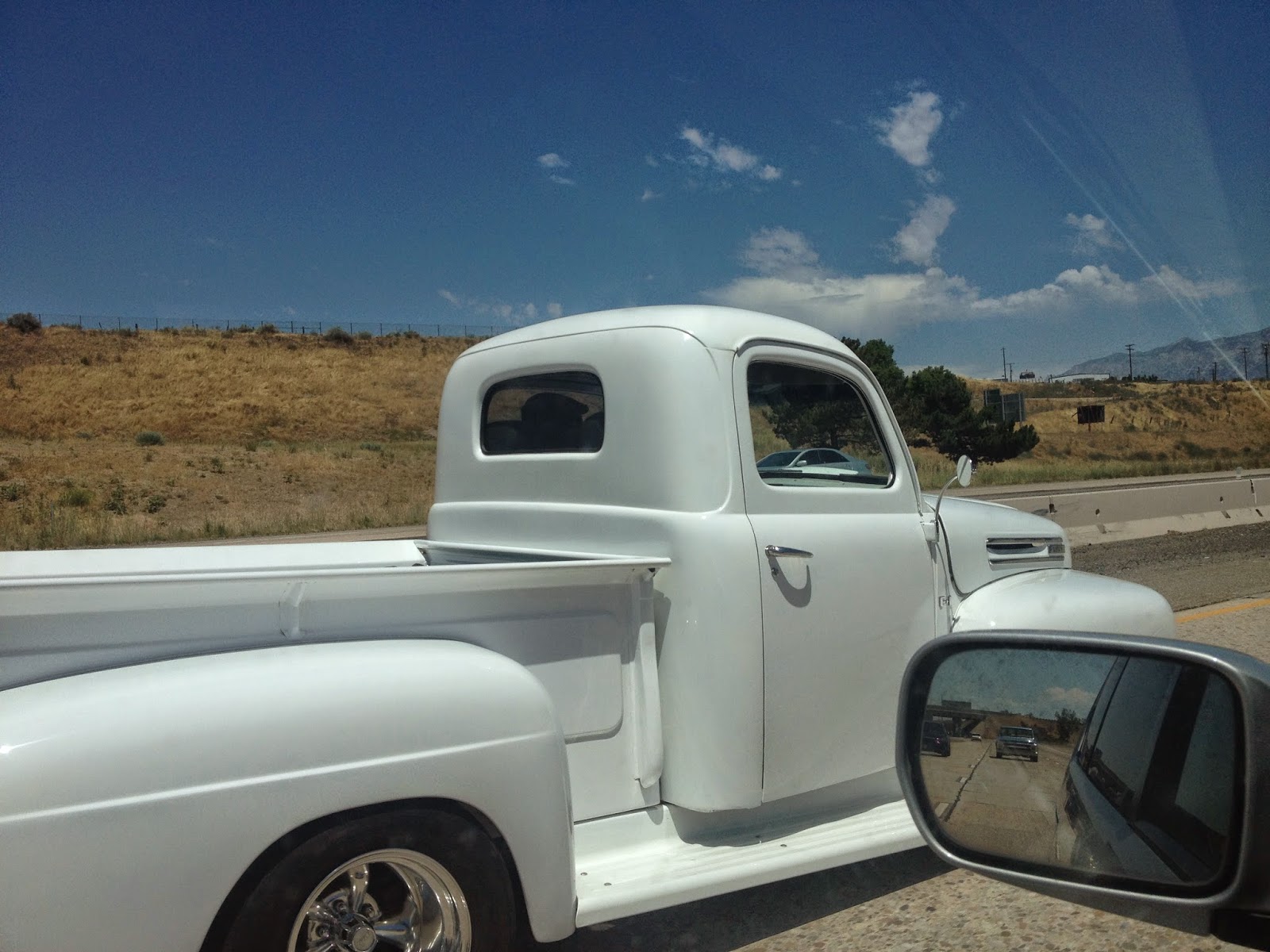 I thought this was going to be a sure winner for the contest but there are a bunch of cool cars in this post. 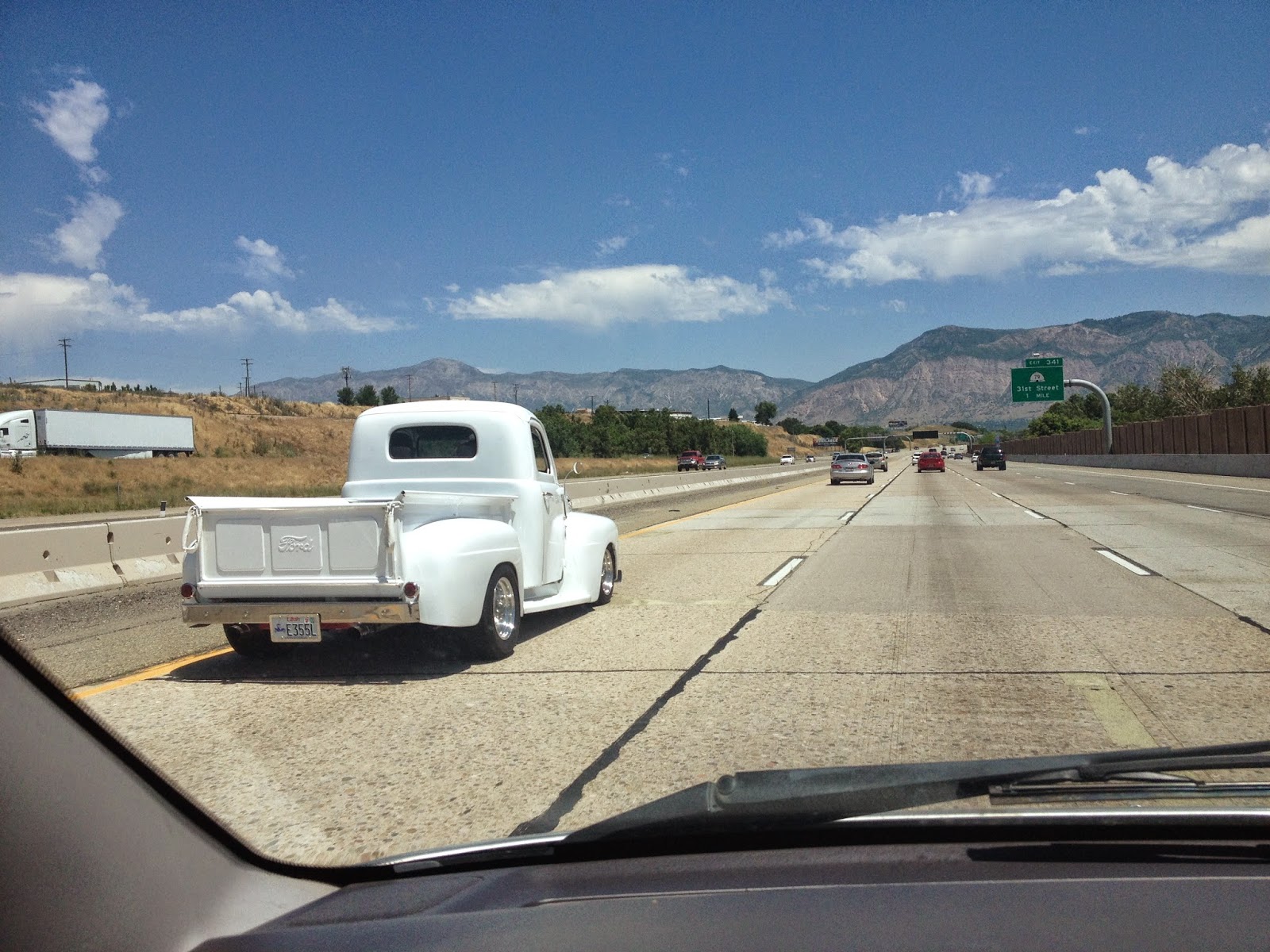 Here's another one I spotted behind me. I love this year of Chevy truck. 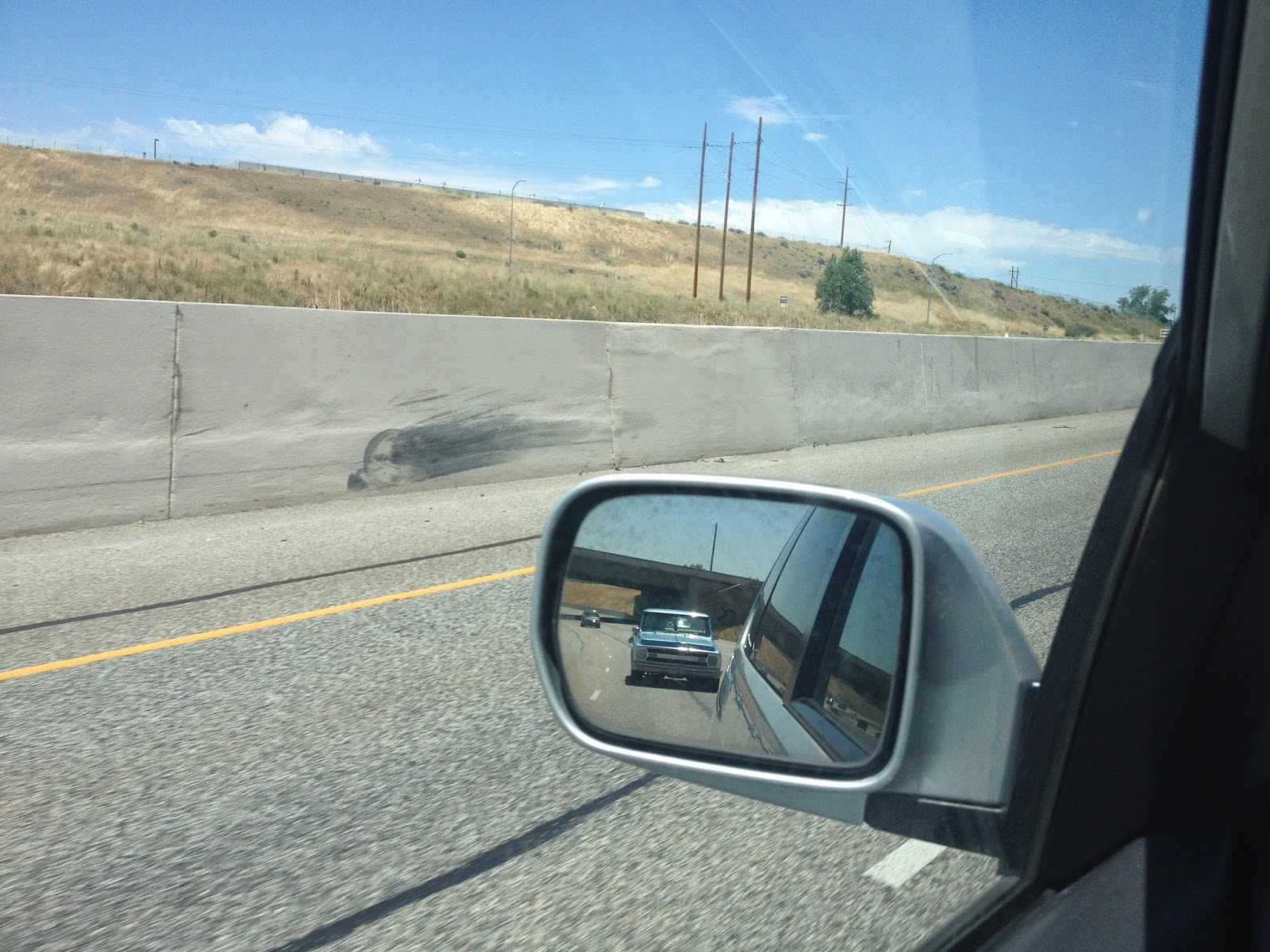 This was a decent fastback mustang. Not as cool as my friends though. 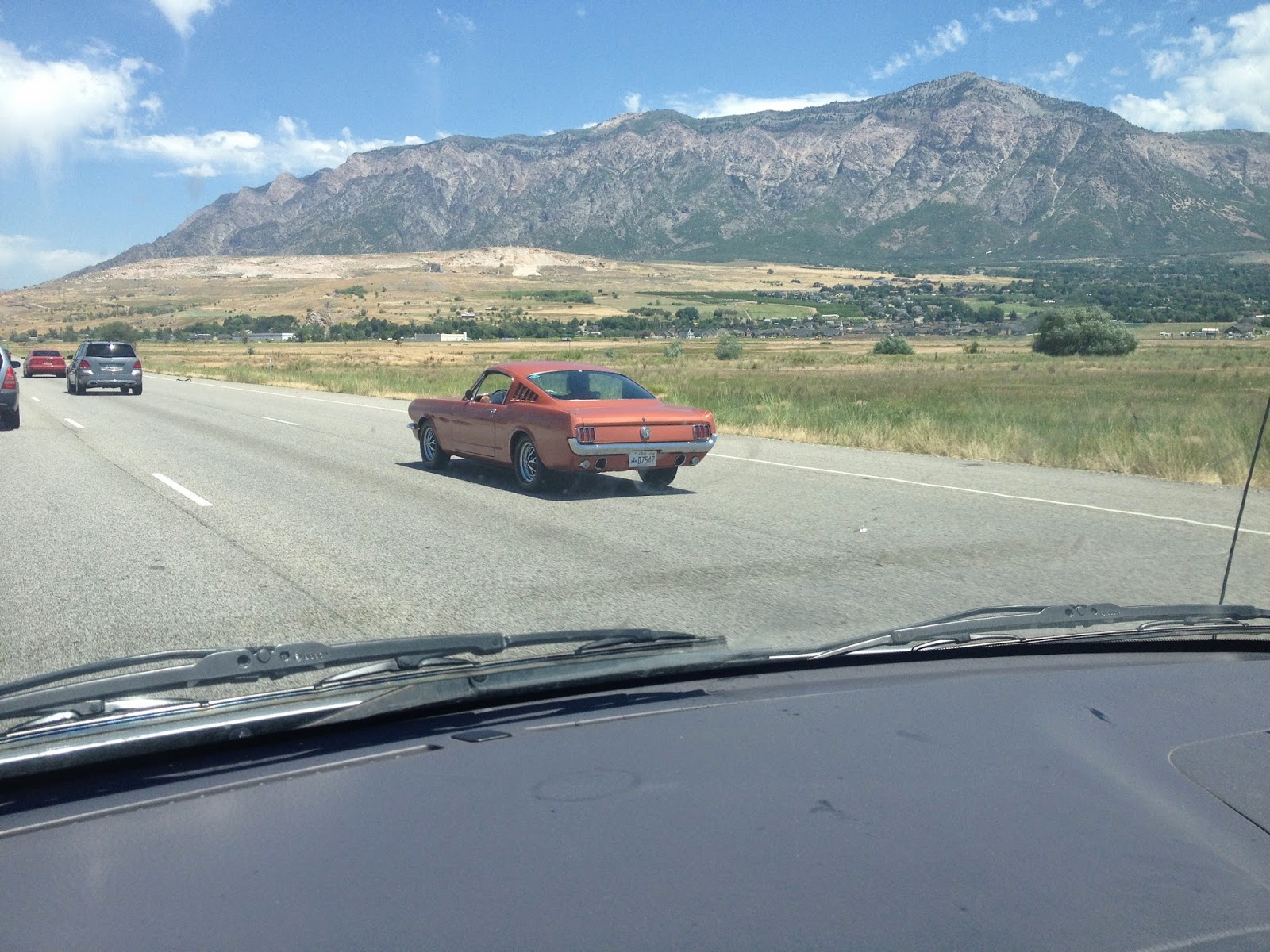 This will take you back to Mayberry and the Andy Griffith show. Someone should tell him he has a brake light out before he gets a ticket. I took this picture in Logan. 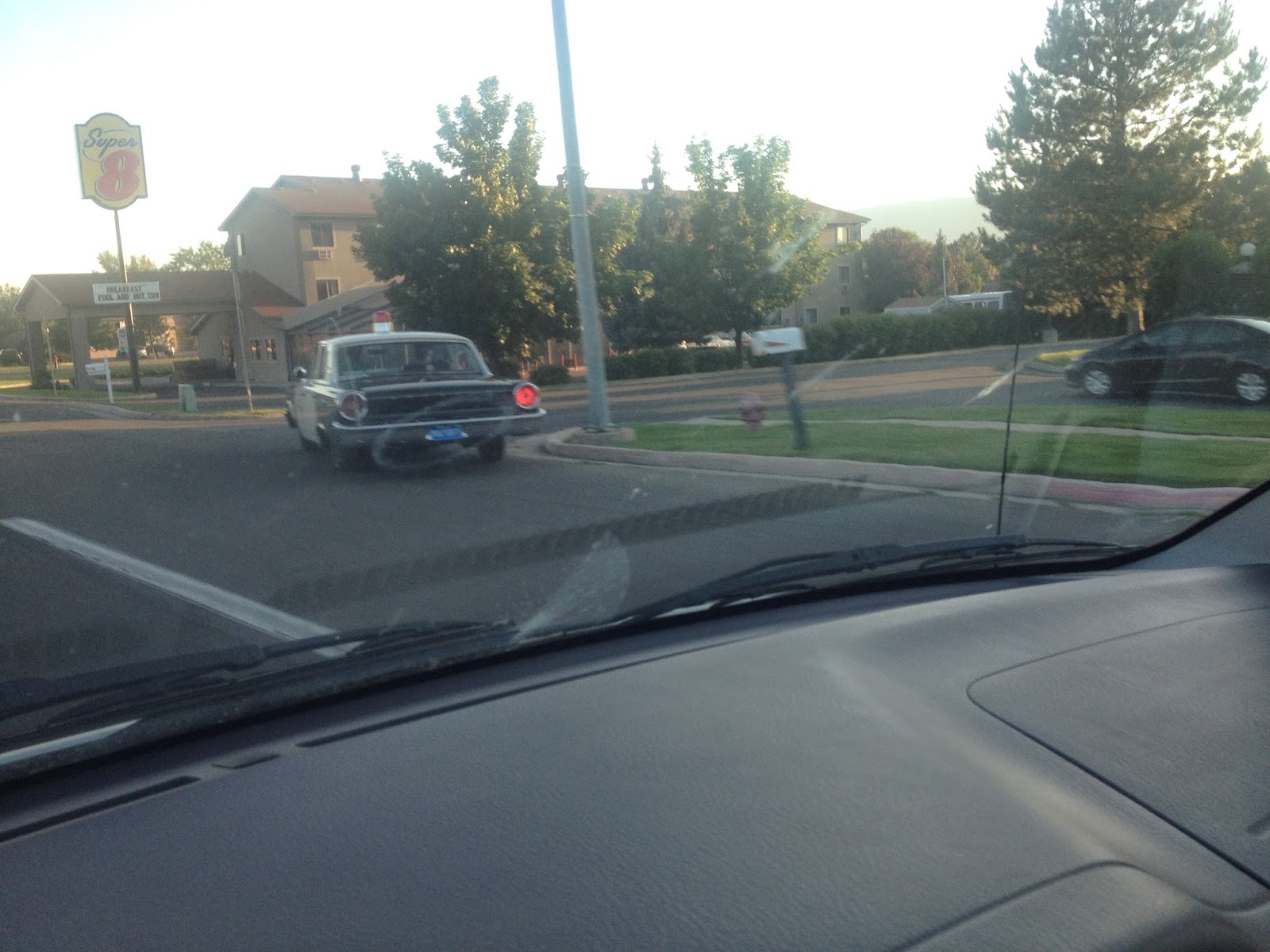 I was headed home from work when I spotted this one. I really need to clean my windows. The one big spot is actually a rock chip. 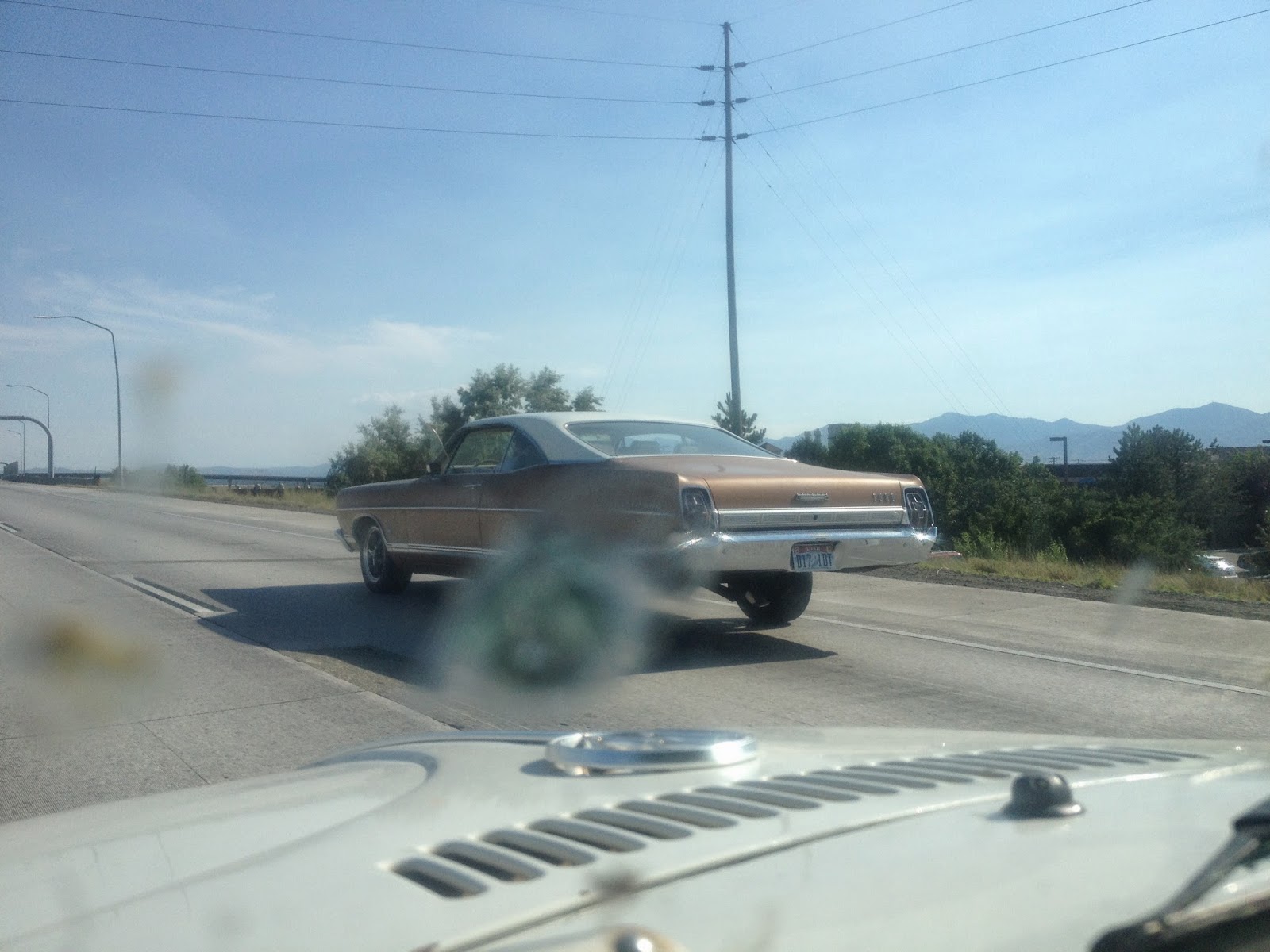 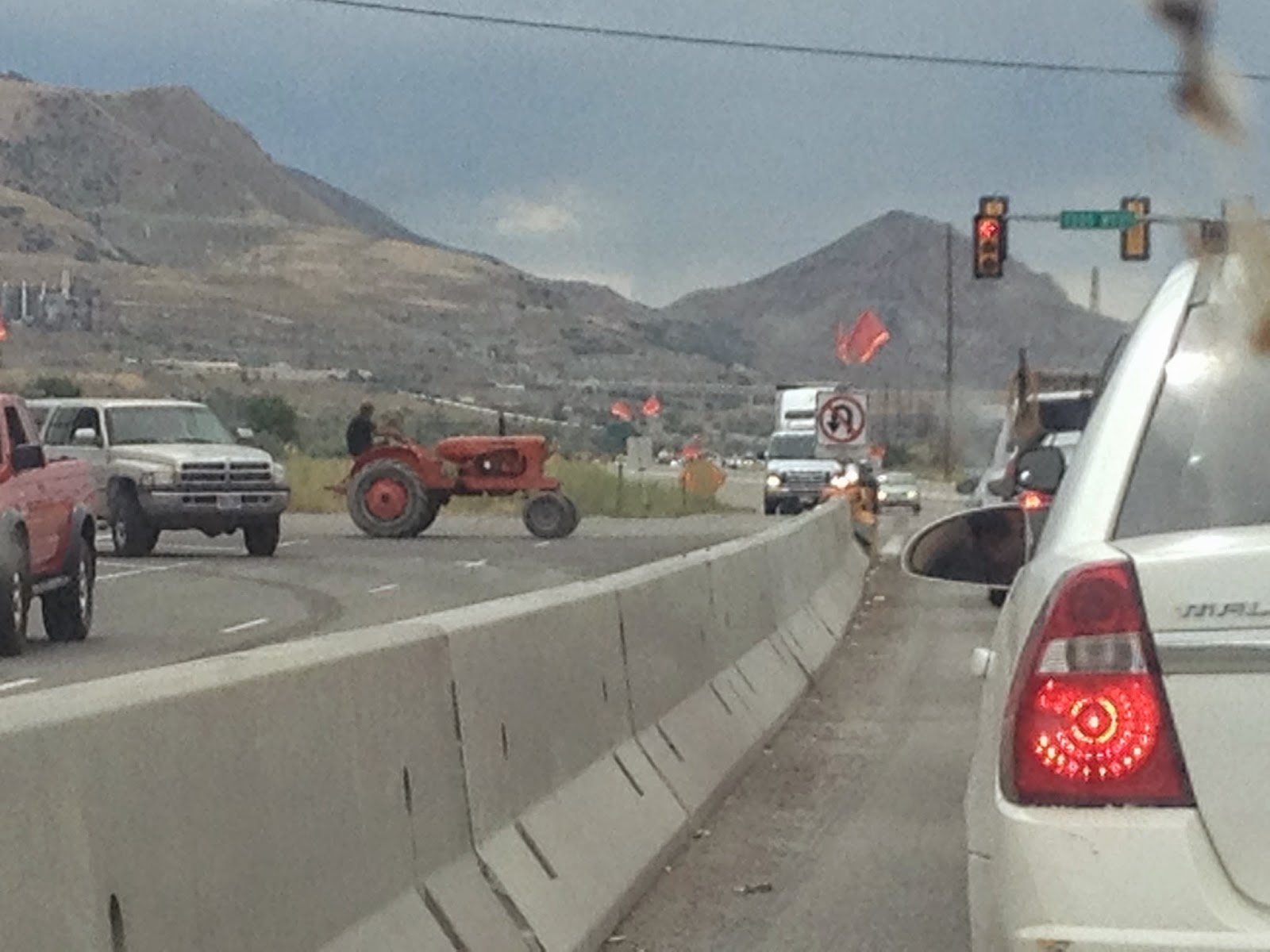 Early in the morning headed to work I came across this convertible Chevelle. It sounded good also. 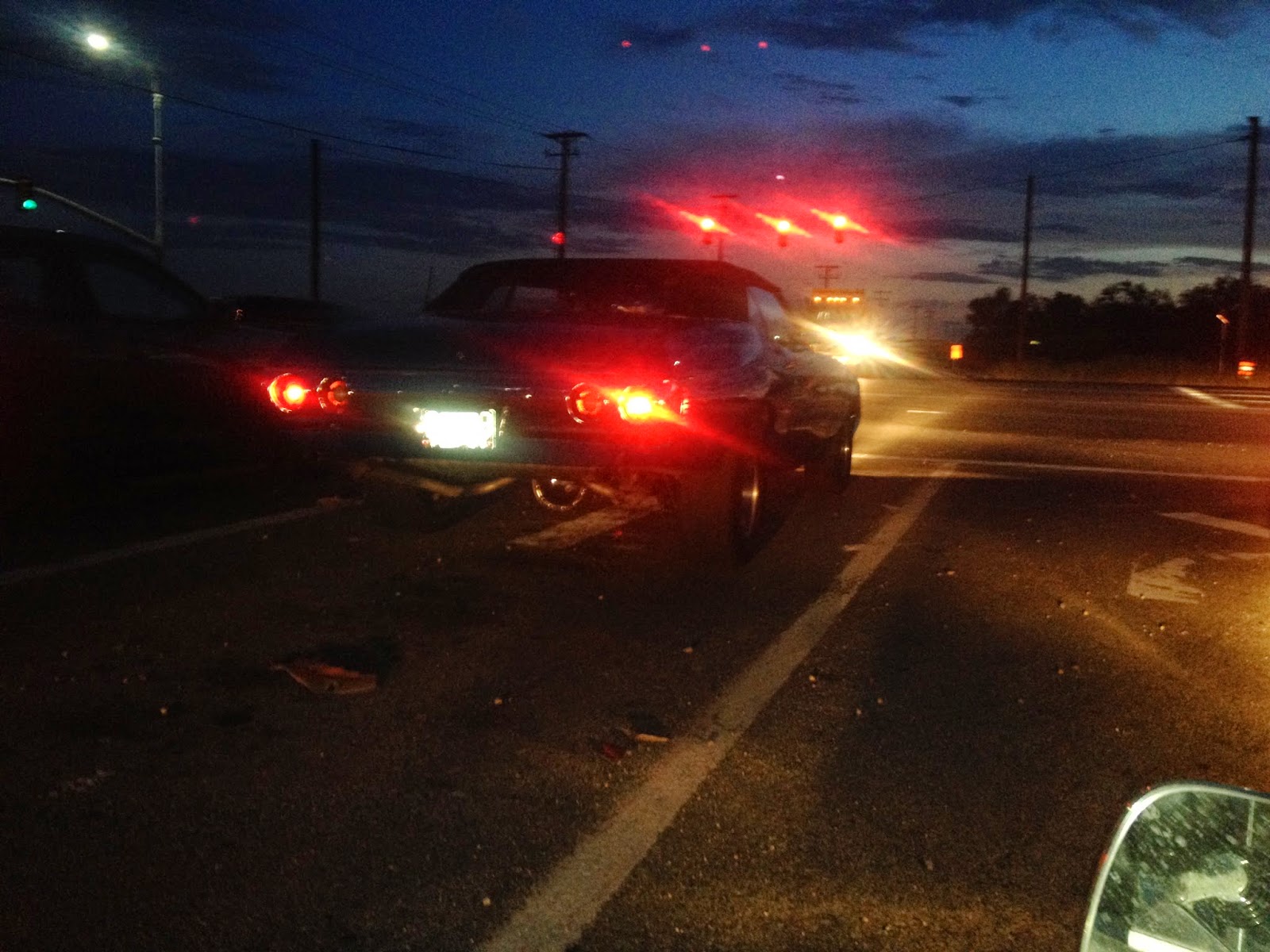 Not driving but a good looking little convertible bug. 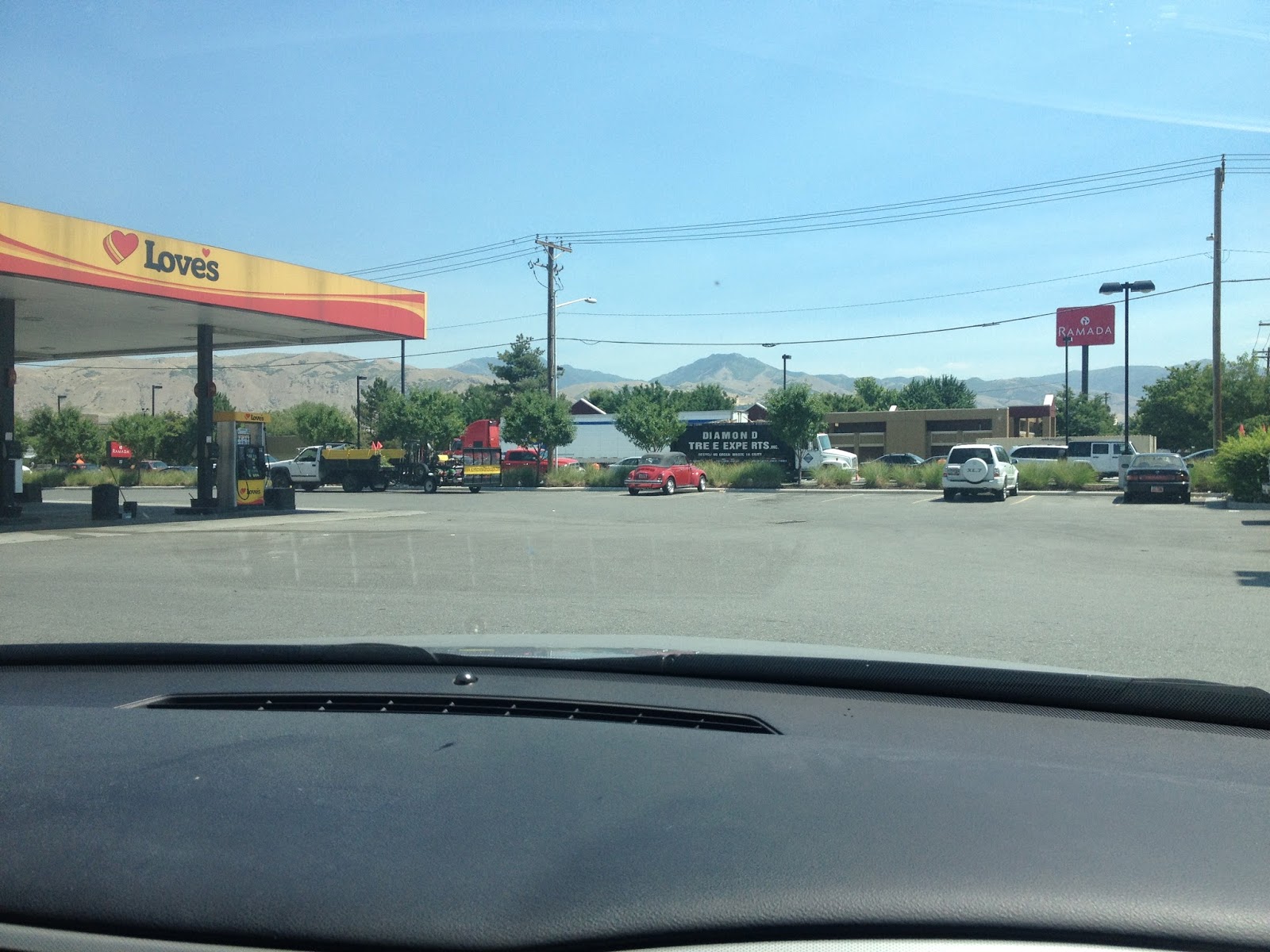 Headed home from work again. (It seems like that's all I've been doing lately.) This is an old hearse that had some cool exhaust on it. Either that or his exhaust was rusted out. Anyways, I wish I would of been able to take a picture of the guy driving it. He was really enjoying his drive. Ya gotta love the sticker on the back. 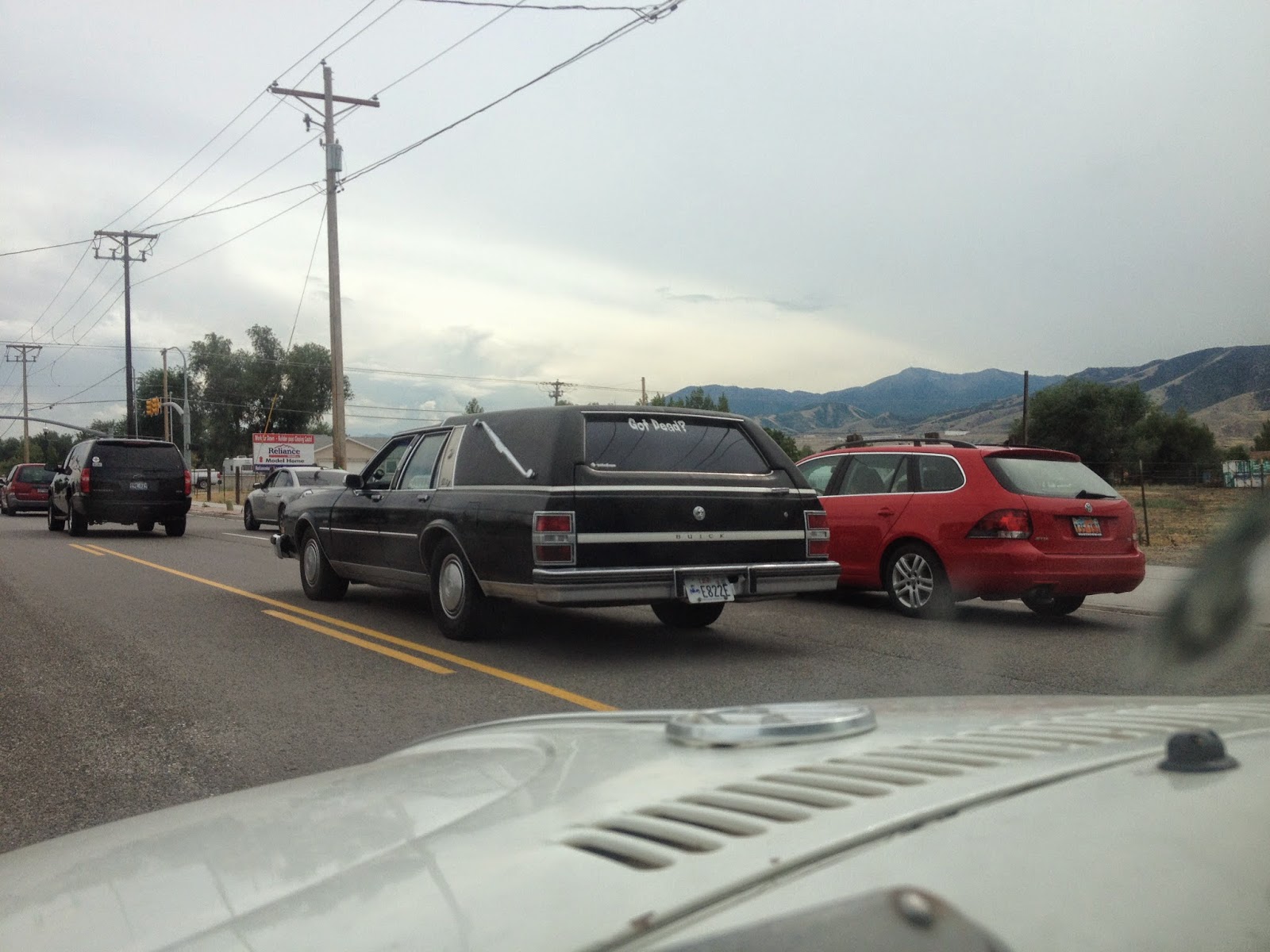 Vance took this picture. He gets a lot of pictures from this parking lot. It must be a good spot to see cool cars. 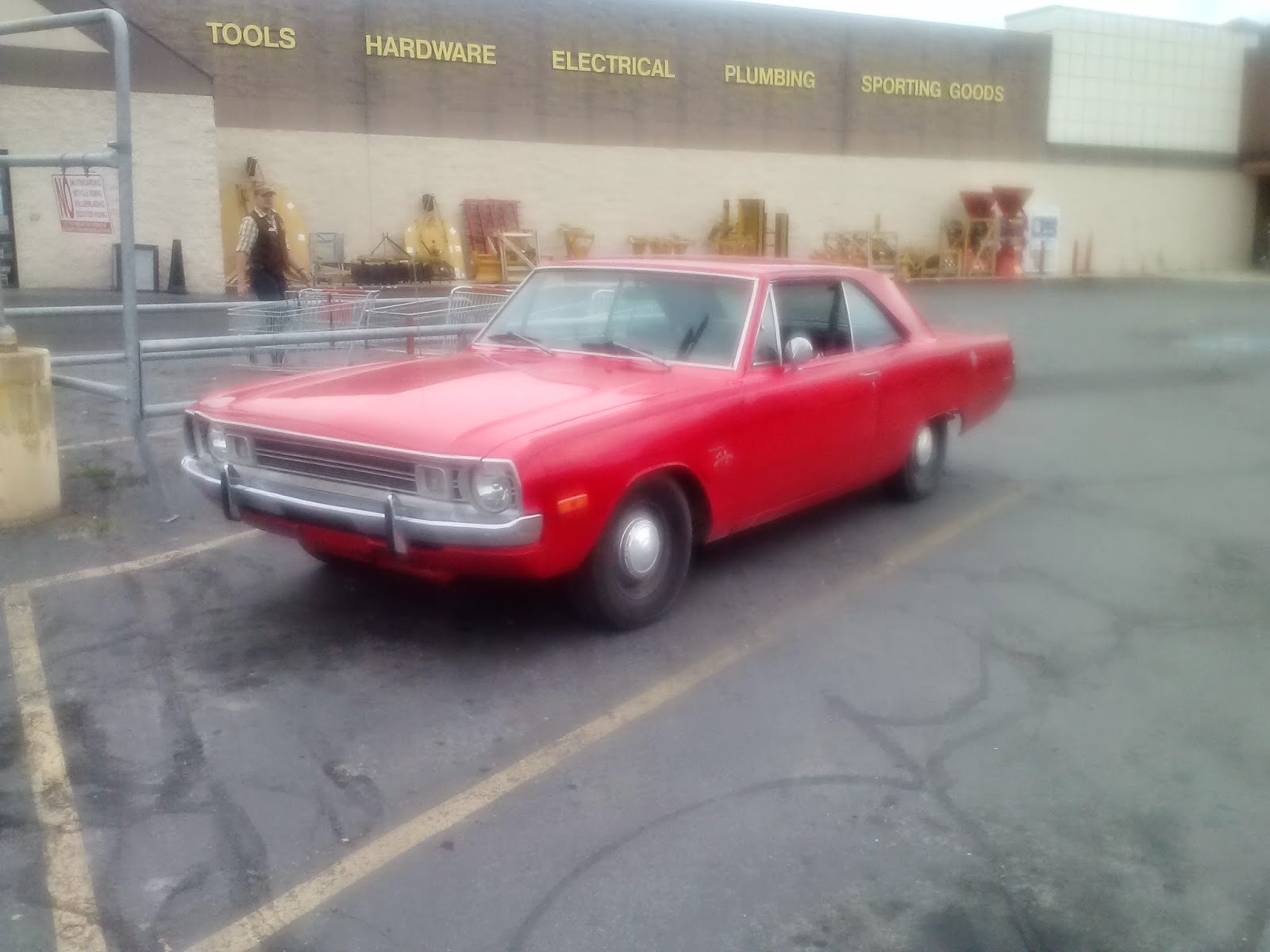 Another one of Vance's. He actually talked to this guy. He picked this firetruck up for 1000 dollars. Unbelievable, I would of had it in my driveway if I ran across a deal like that. 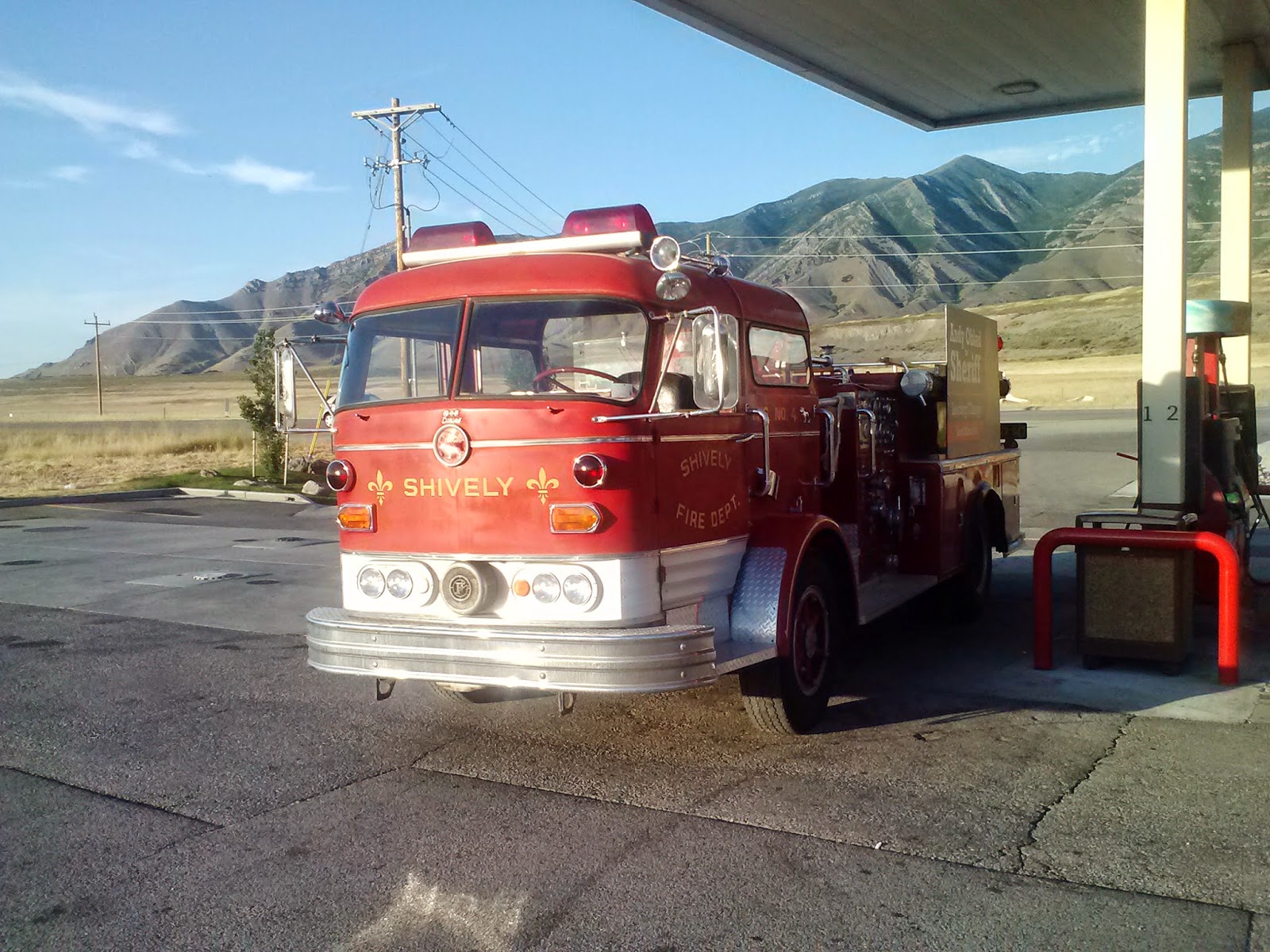 Double points for catching it driving. 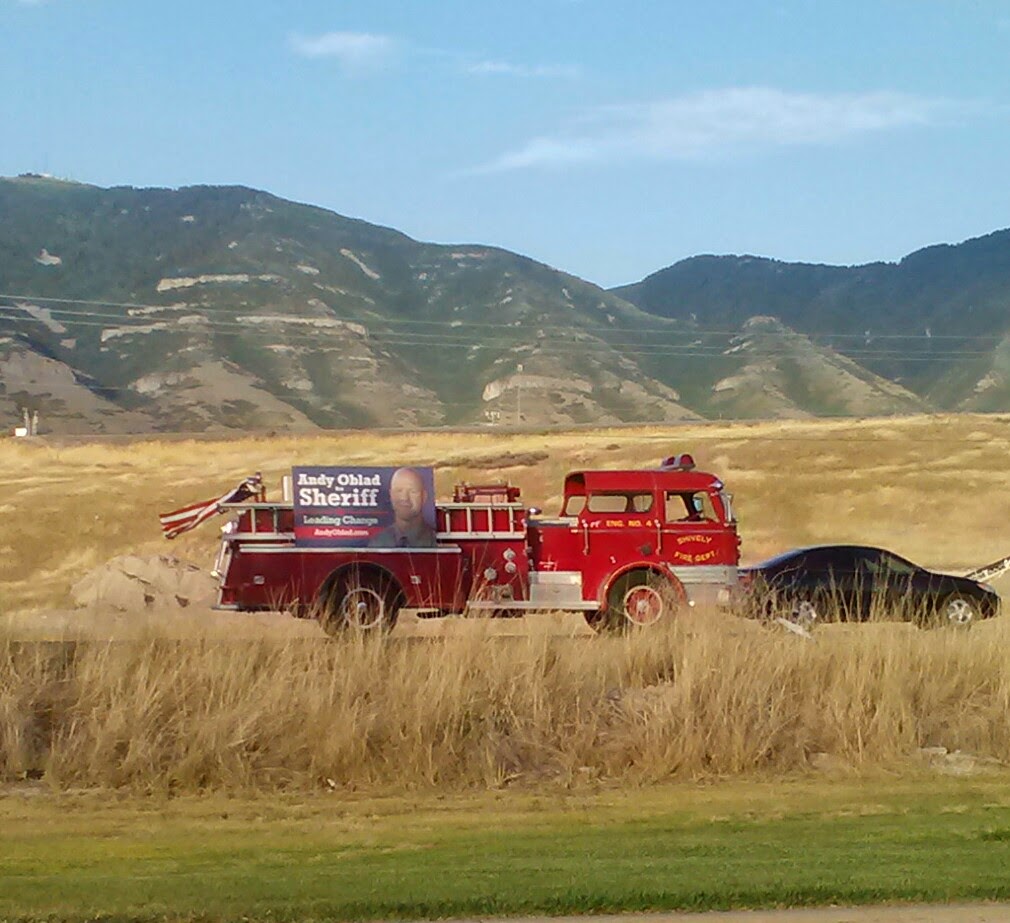 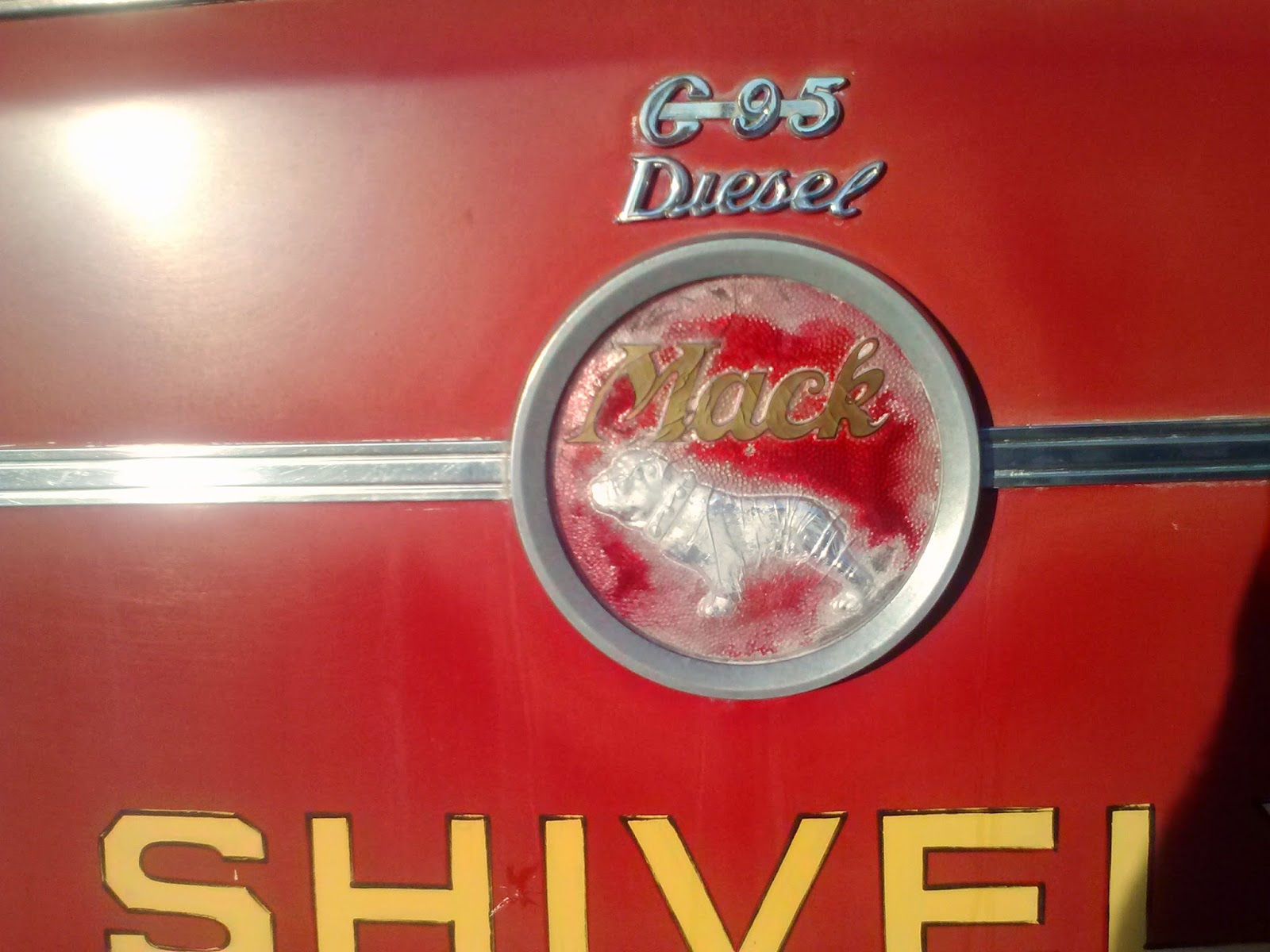 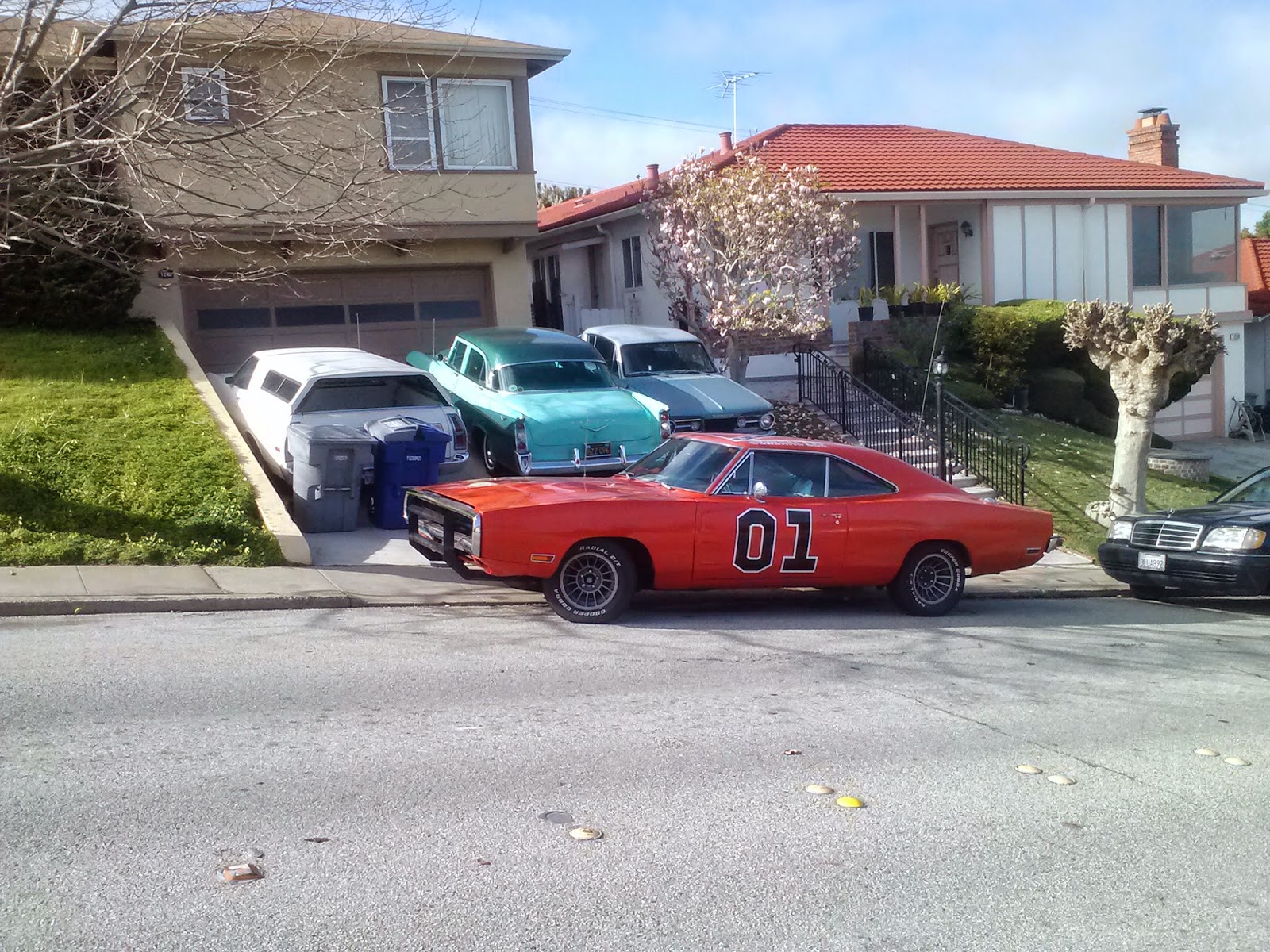 Vance said this guy was really enjoying the drive. Trikes are cool. With the way my inner ear is messed up, I might build me a trike someday so I can sorta feel like I am on a motorcycle. 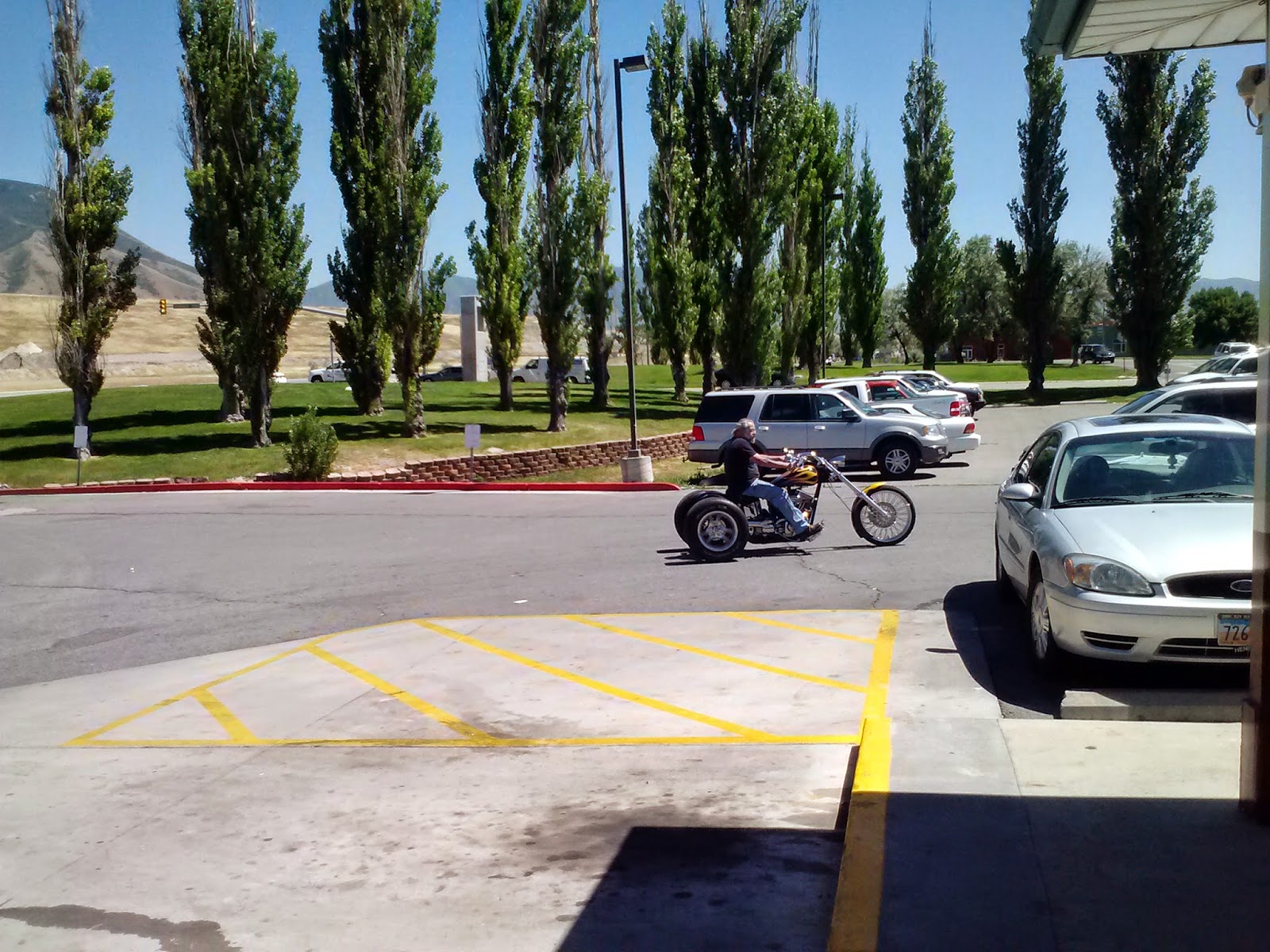 I think Vance said he saw this one on Oklahoma. I love single cabs almost as much as I like double cabs. 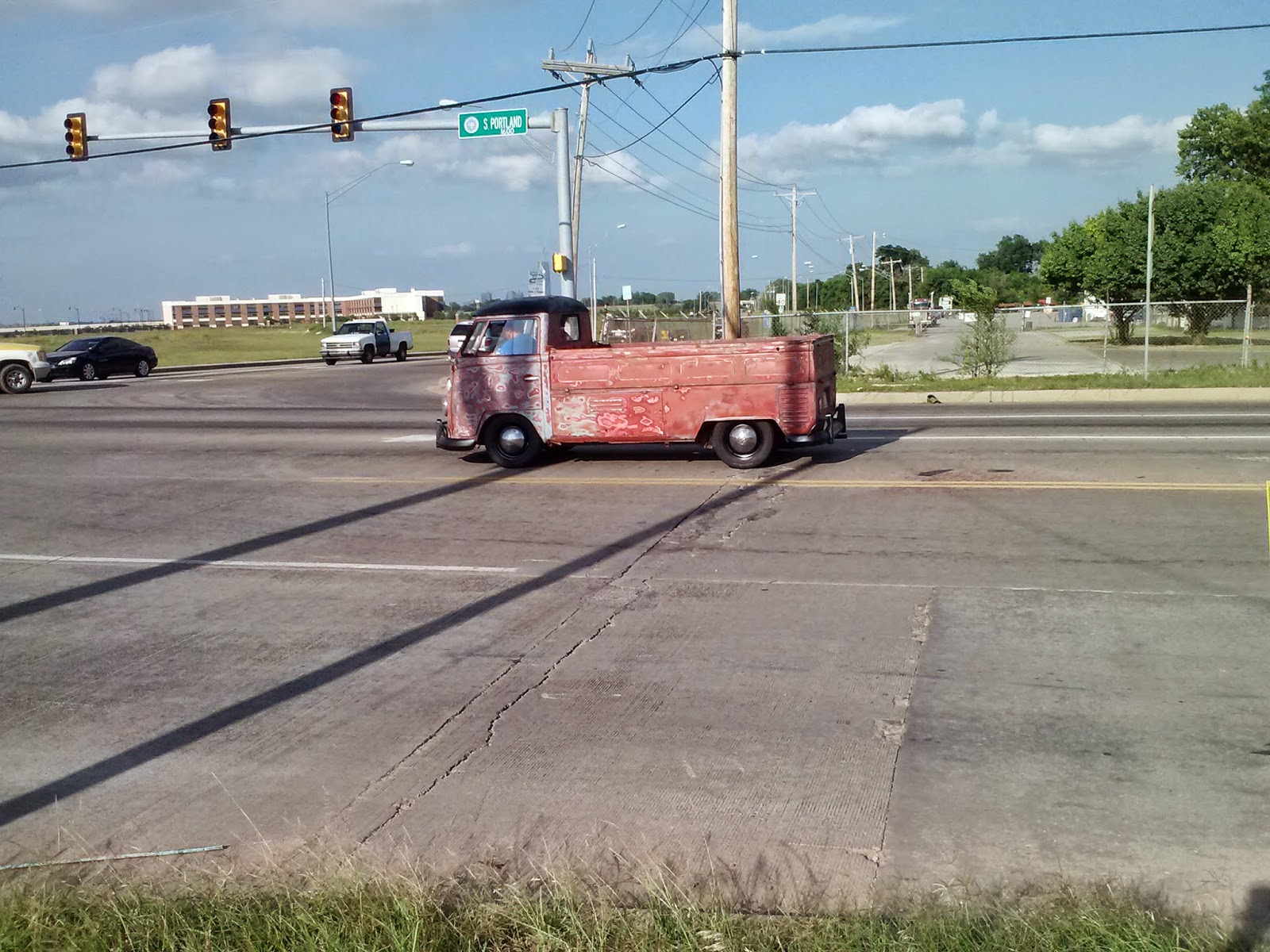 Me and the family were camping at bear lake and we ran across this old Ford. I had to get pictures of it so I sped up. I thought this was going to be the hands down winner of all the enjoying the ride posts. I was laughing when I watched the 2 people in it. 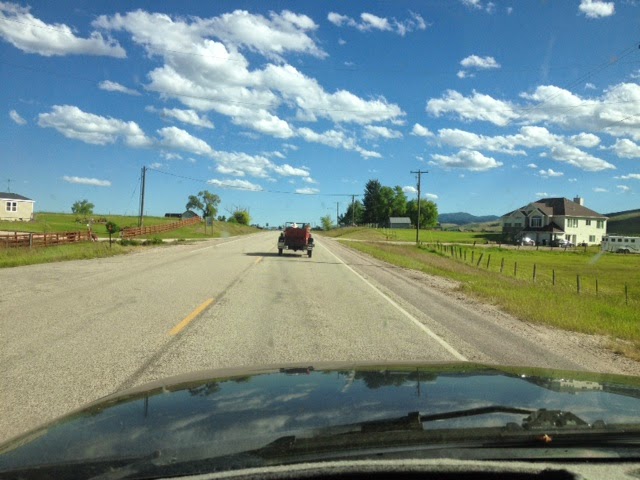 This was the best picture I got as we passed them. The guy was having a blast driving it. He was holding onto his hat and had a big smile on his face. The women next to him might not of been enjoying it as much. You can see how the wind was blowing pretty good. The only thing that would of made it cooler was if there was some kids in the rumble seat. Ha Ha, I envy this guy. That is one cool ride. 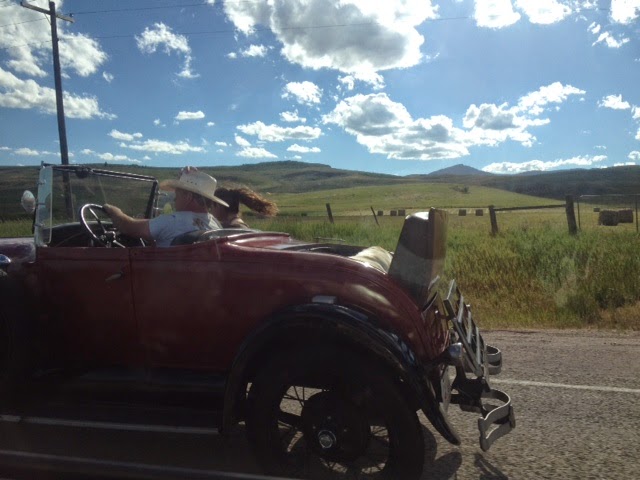 My father-in-law spotted this bus on his street. He had his son take a picture and send it to Dixie. This is a beautiful bus and one I have never seen before. I thought I had seen all the buses that are around in Utah so this one surprised me. 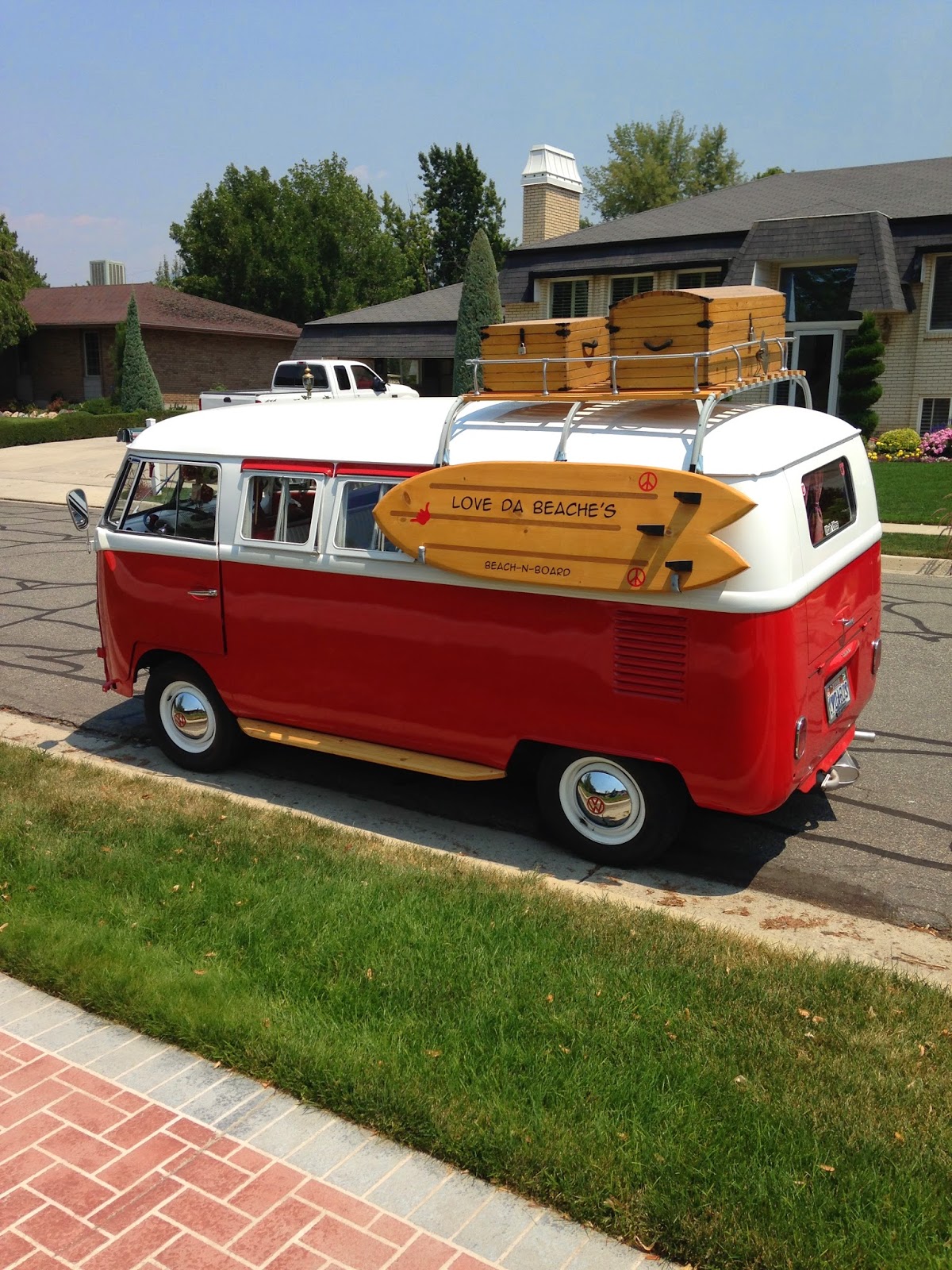 There were so many good pictures this time that I am declaring 3 photos to be the best of this post. Here they are. The ford was awesome.

The firetruck also is cool especially seeing it on the road driving.

and this bus is just plain cool.

So that's it for this time. The slate is clean now for another run of pictures if you can spot any cool cars out and about, send me some pictures and see if you can win.
Posted by The Bug Boys at 8/03/2014 10:16:00 PM No comments: Links to this post