Back to the lower peninsula (Day 6)

We finally had to leave the upper peninsula to start our trip home today. We left early in the morning and headed East for Sault Ste. Marie, Michigan. The Soo Locks are located there so we wanted to see them. It was foggy on and off throughout the day. That's Lake Superior out there. 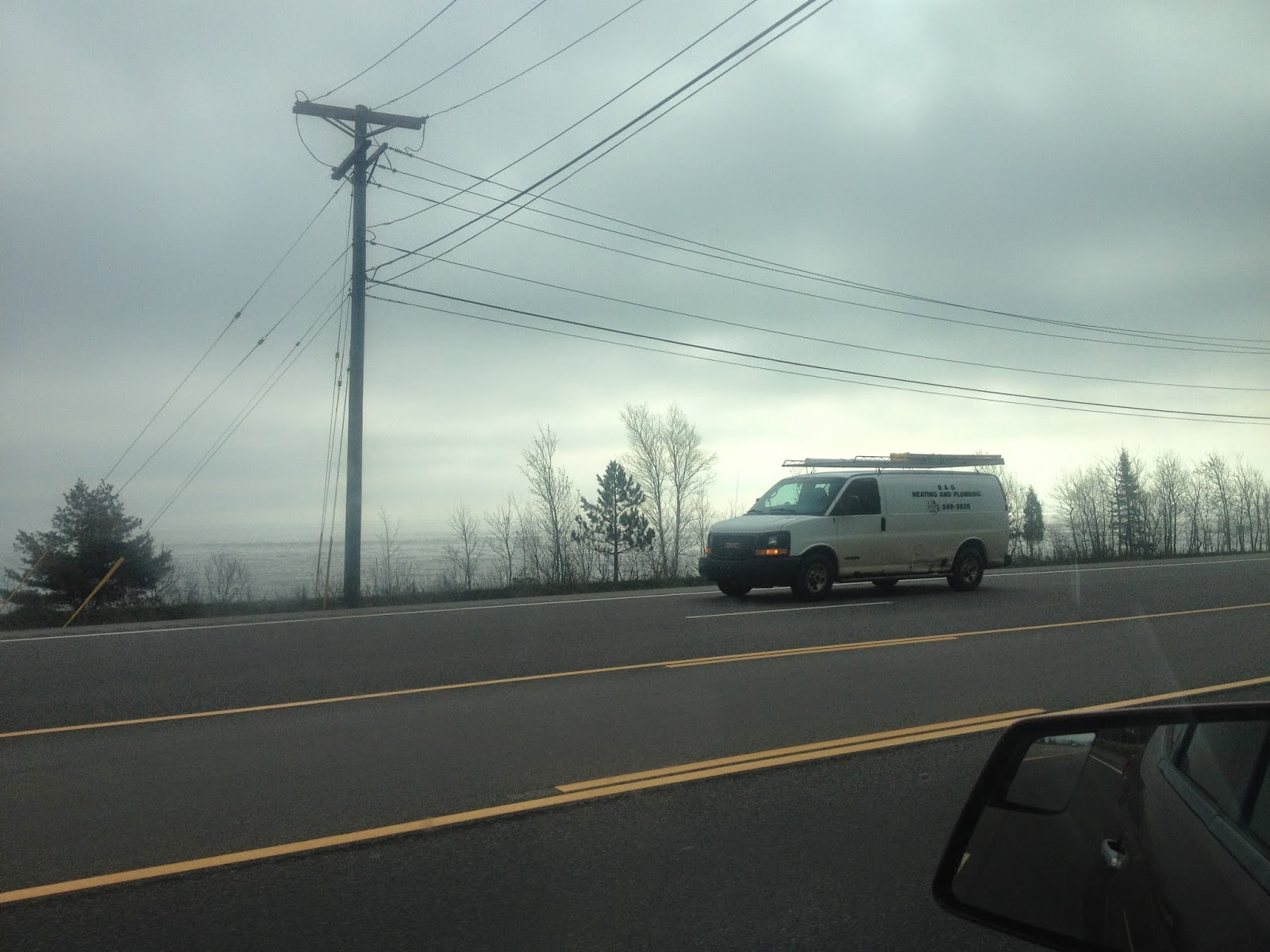 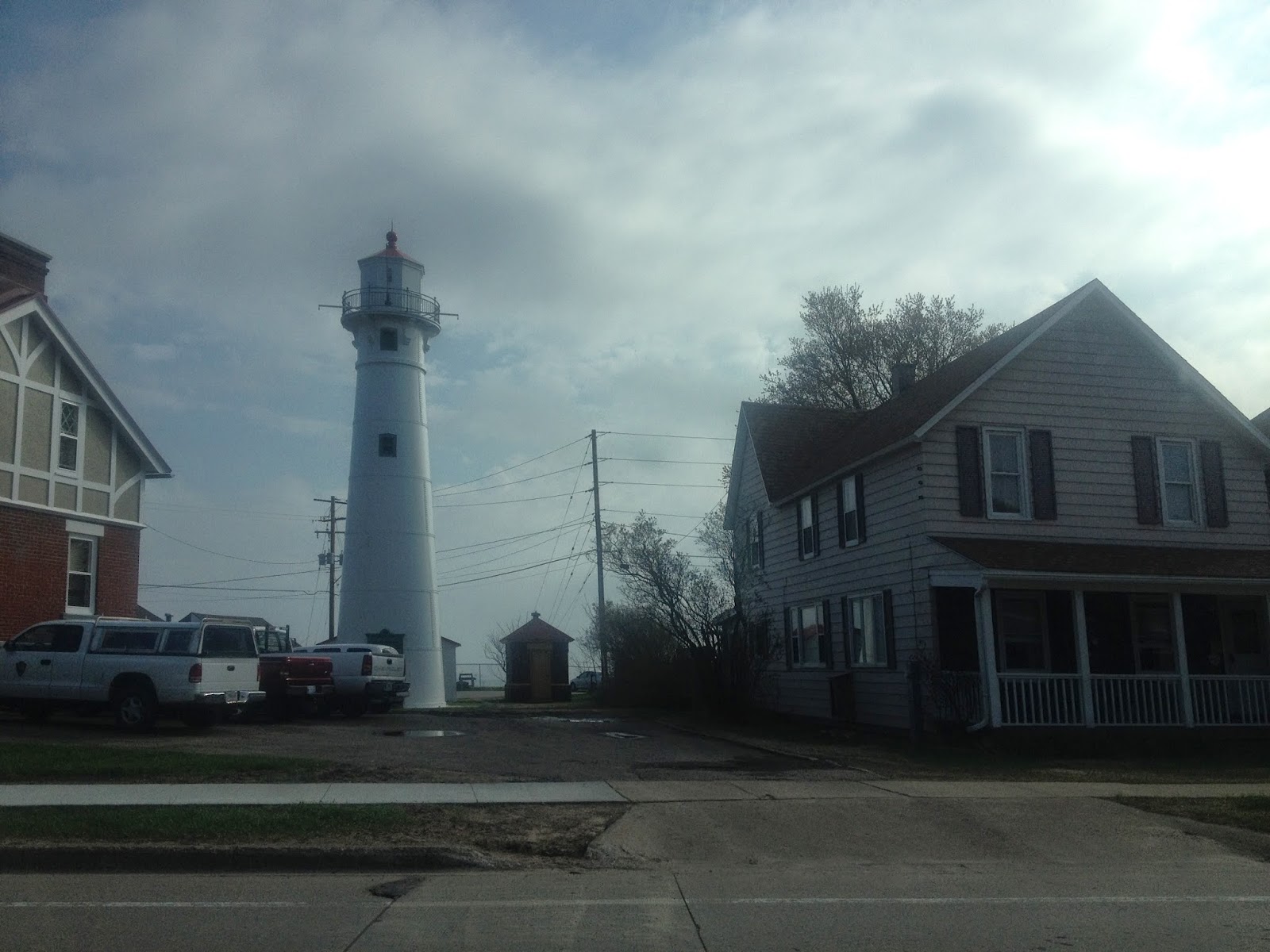 This was the view going to Sault Ste. Marie. There is a long stretch of straight road to get there. 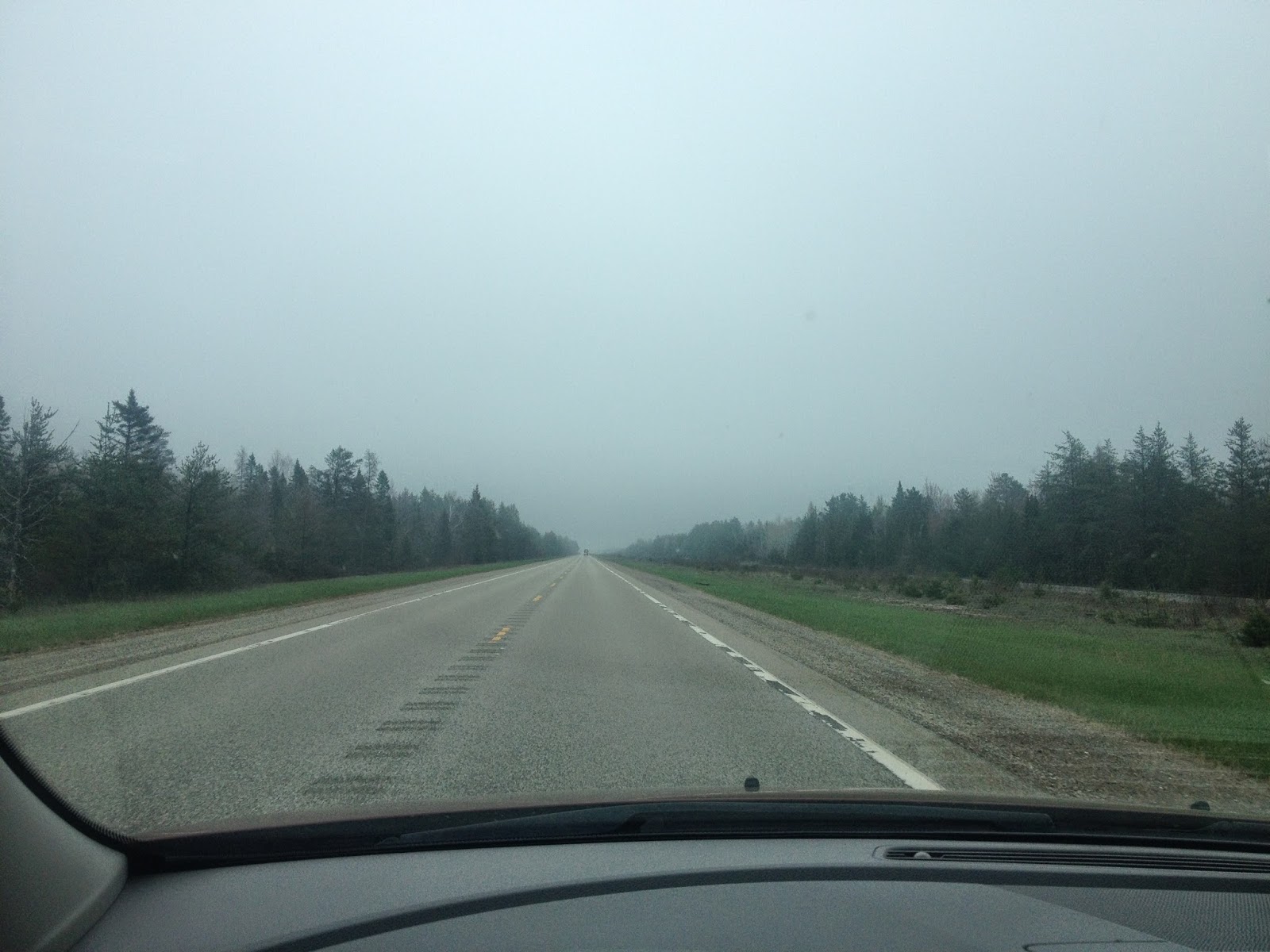 We arrived in Sault Ste. Marie. 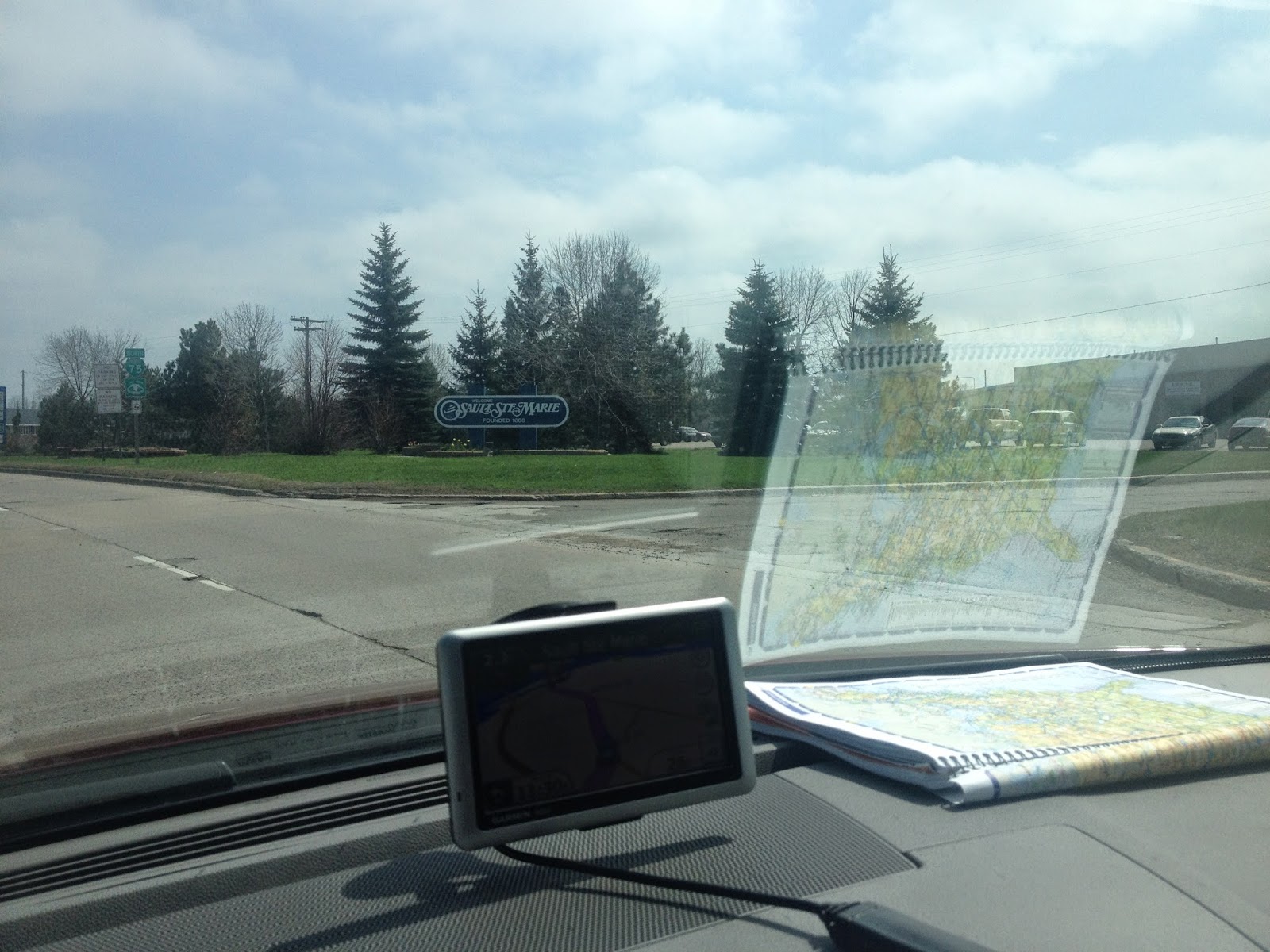 We crossed this bridge to get to the locks. 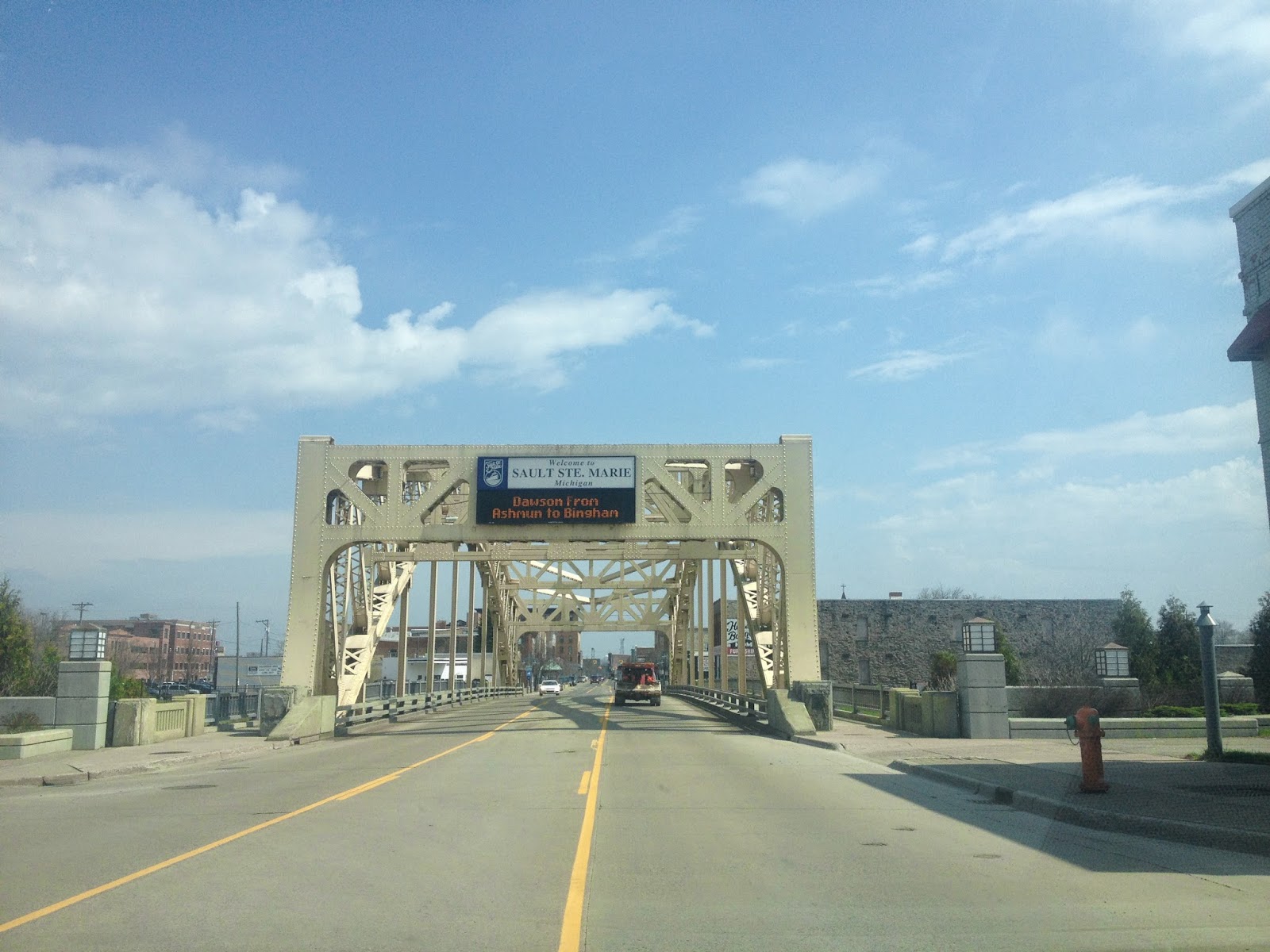 This was off a ship that was scrapped. They kept this propeller to display at the locks. 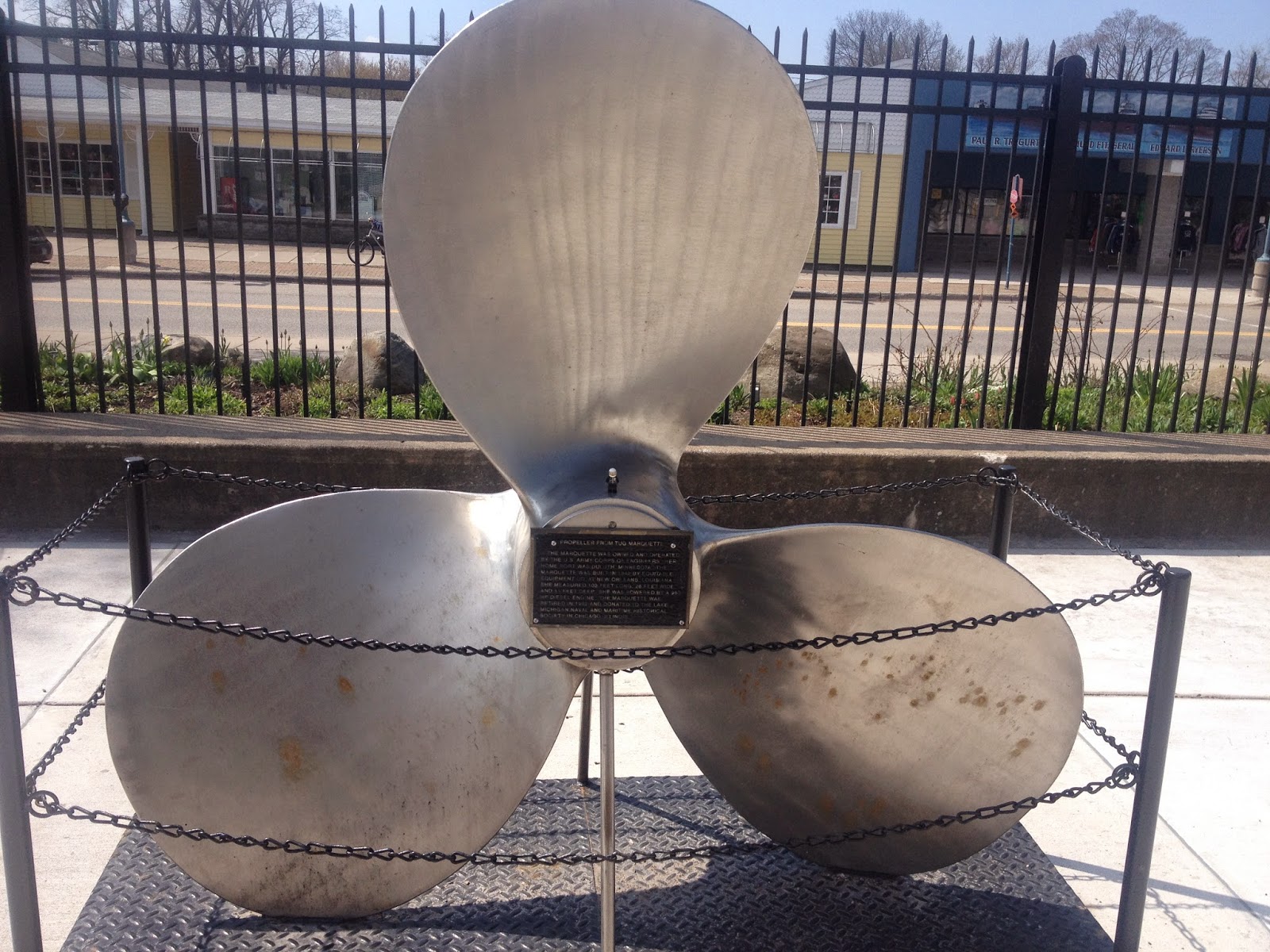 We really lucked out. When we got there, they had an ore boat waiting to go into the far lock and another one was pulling up into the lock that was right by us. 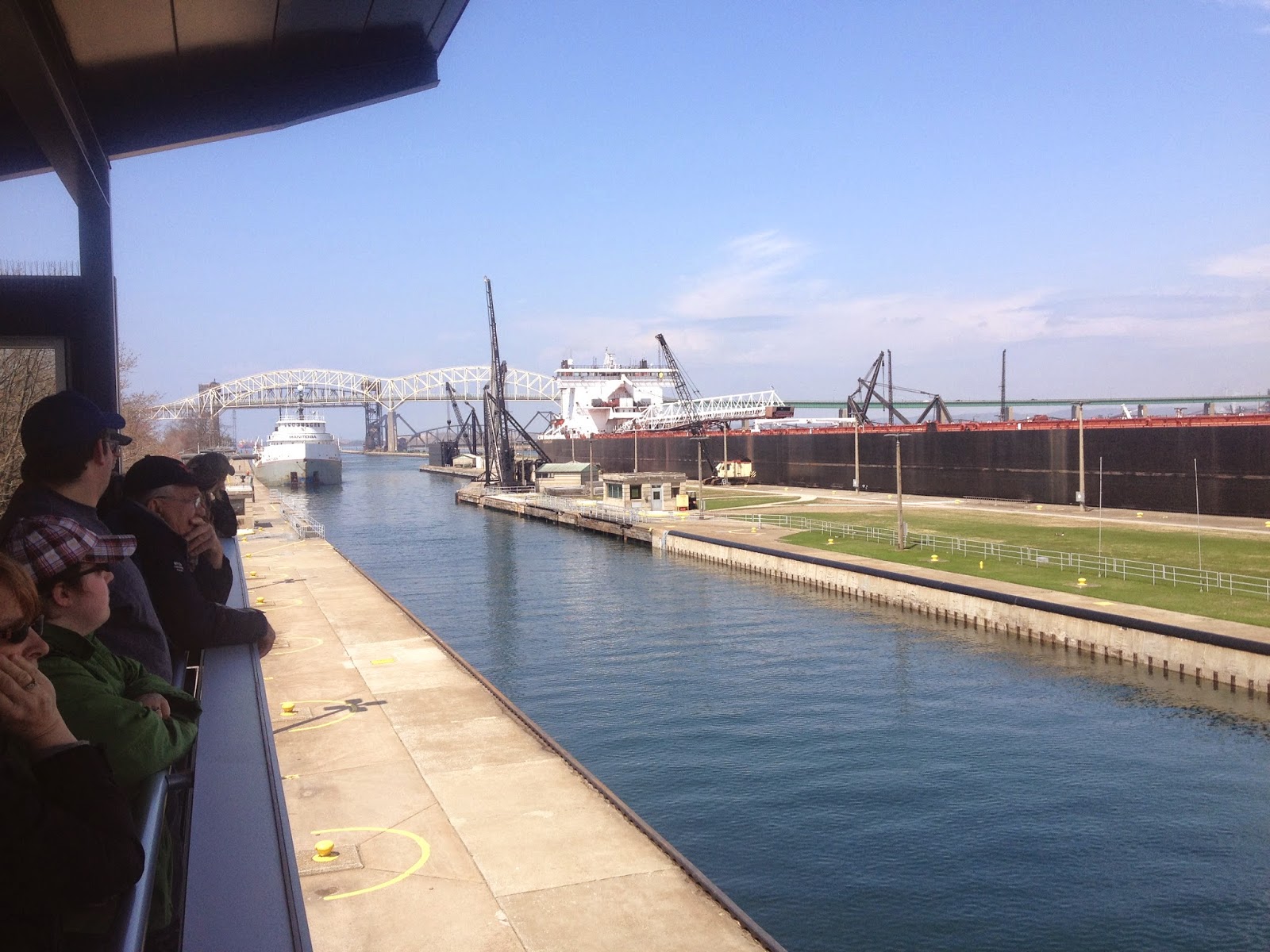 The boat that is the closest to us is 608 feet. The one on the far side is the biggest boat that can go into the soo locks at 1000 feet! They were a sight to see! 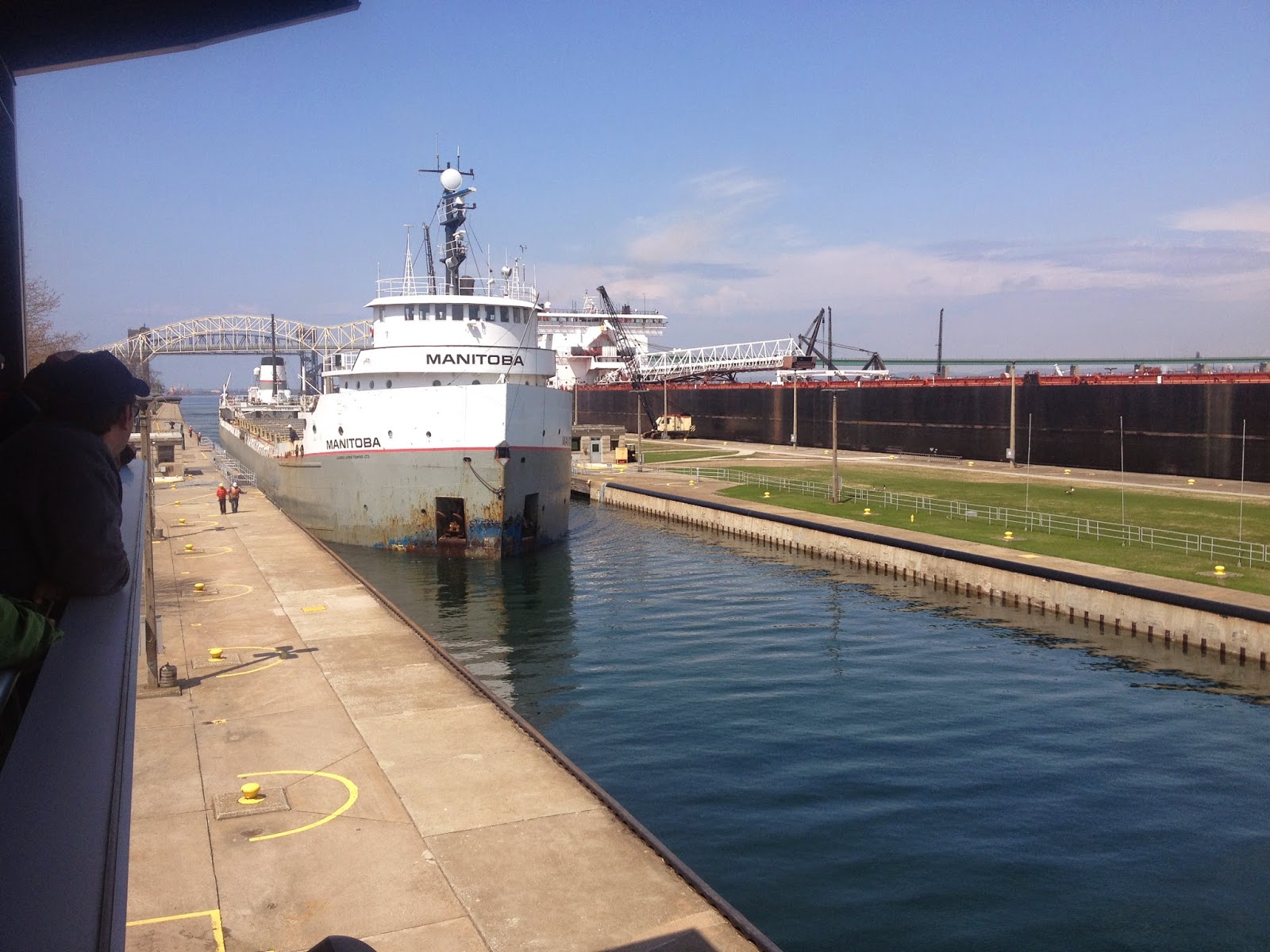 Here is the Manitoba pulling forward  getting ready to be lowered by the locks. 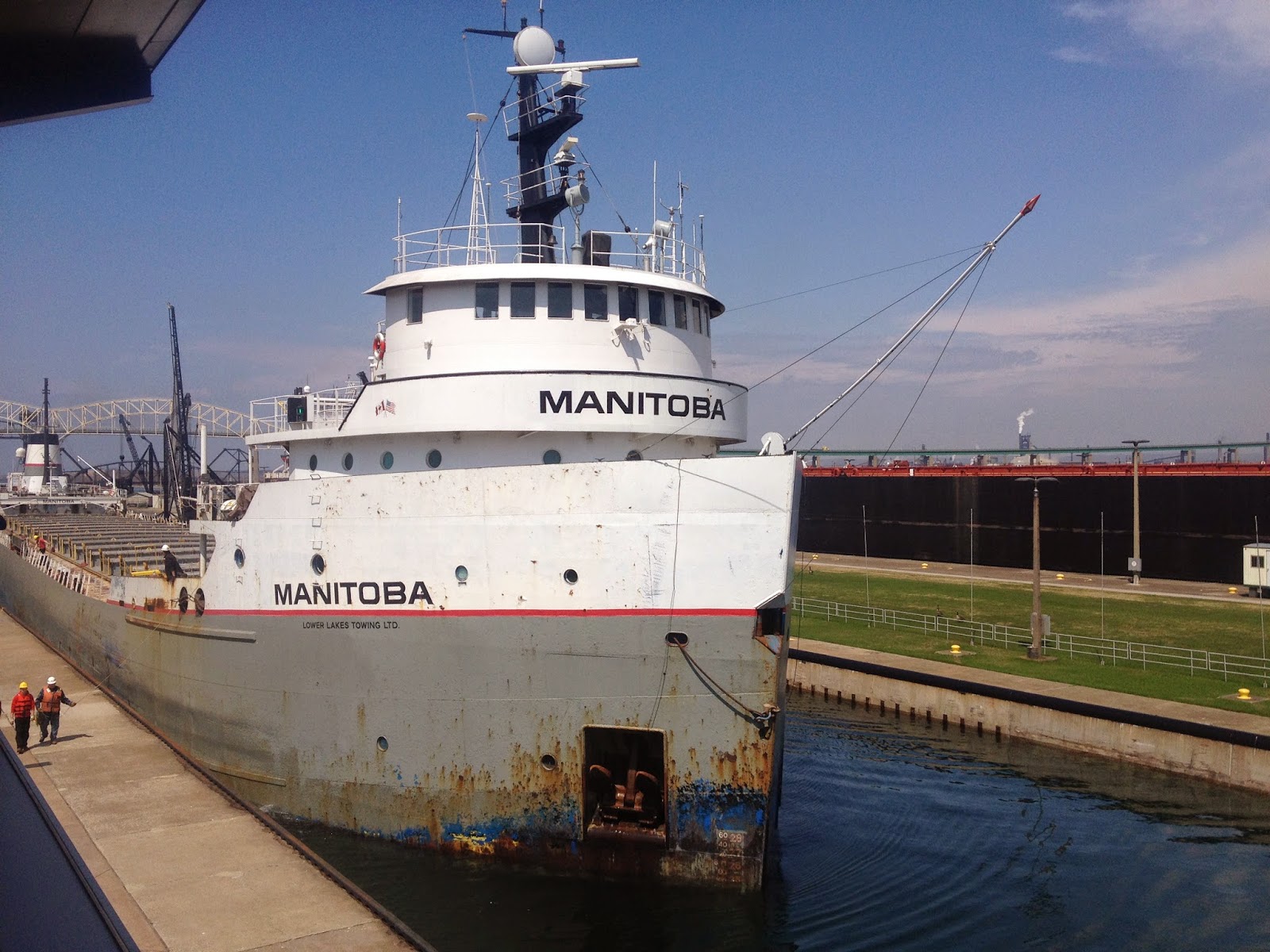 The ship is tied up and ready to be lowered. 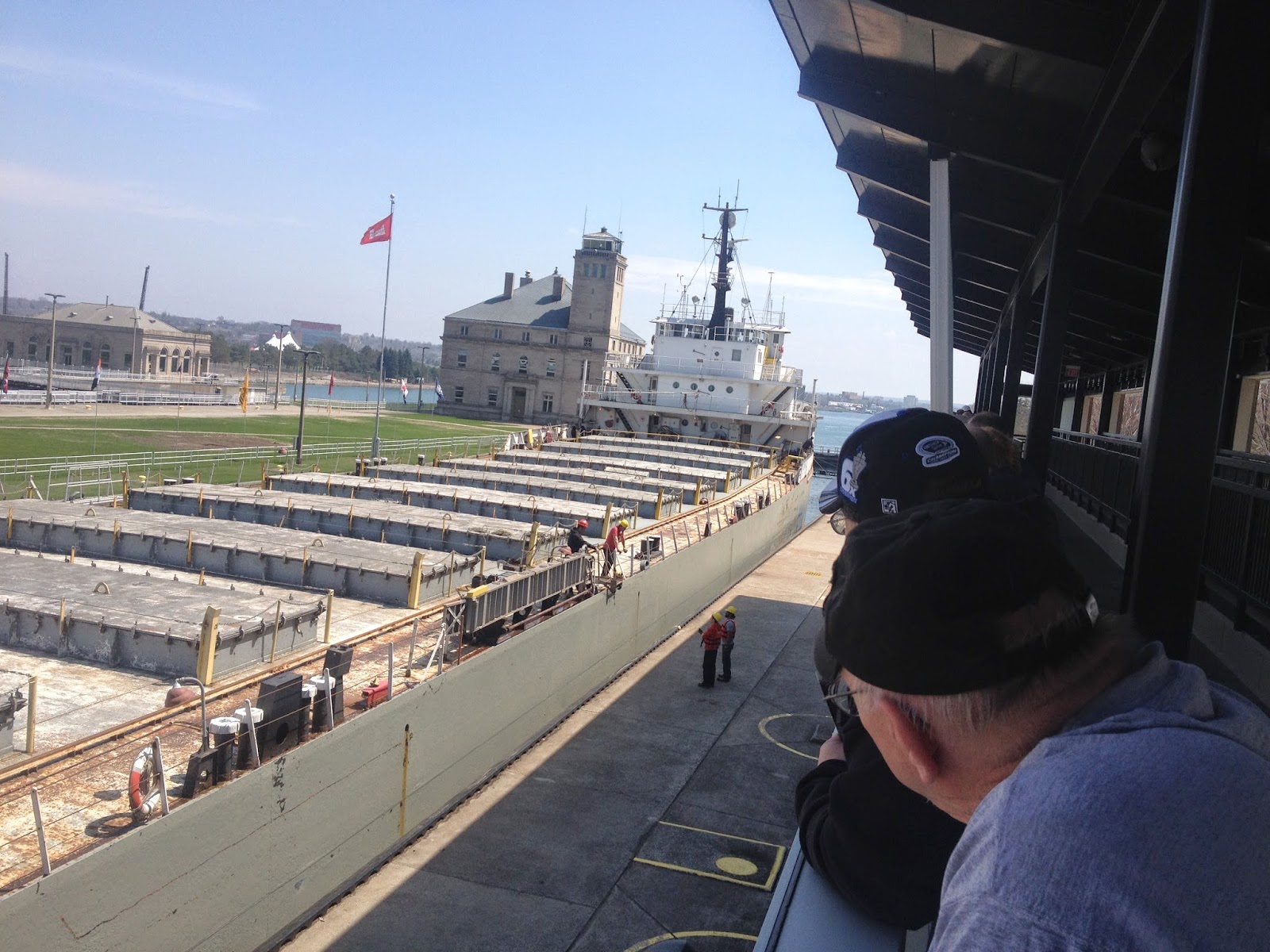 They lowered both locks at the same time so both boats were going down. The water in the locks drop 21 feet to become level with lake Michigan. I couldn't believe how fast the boats dropped. 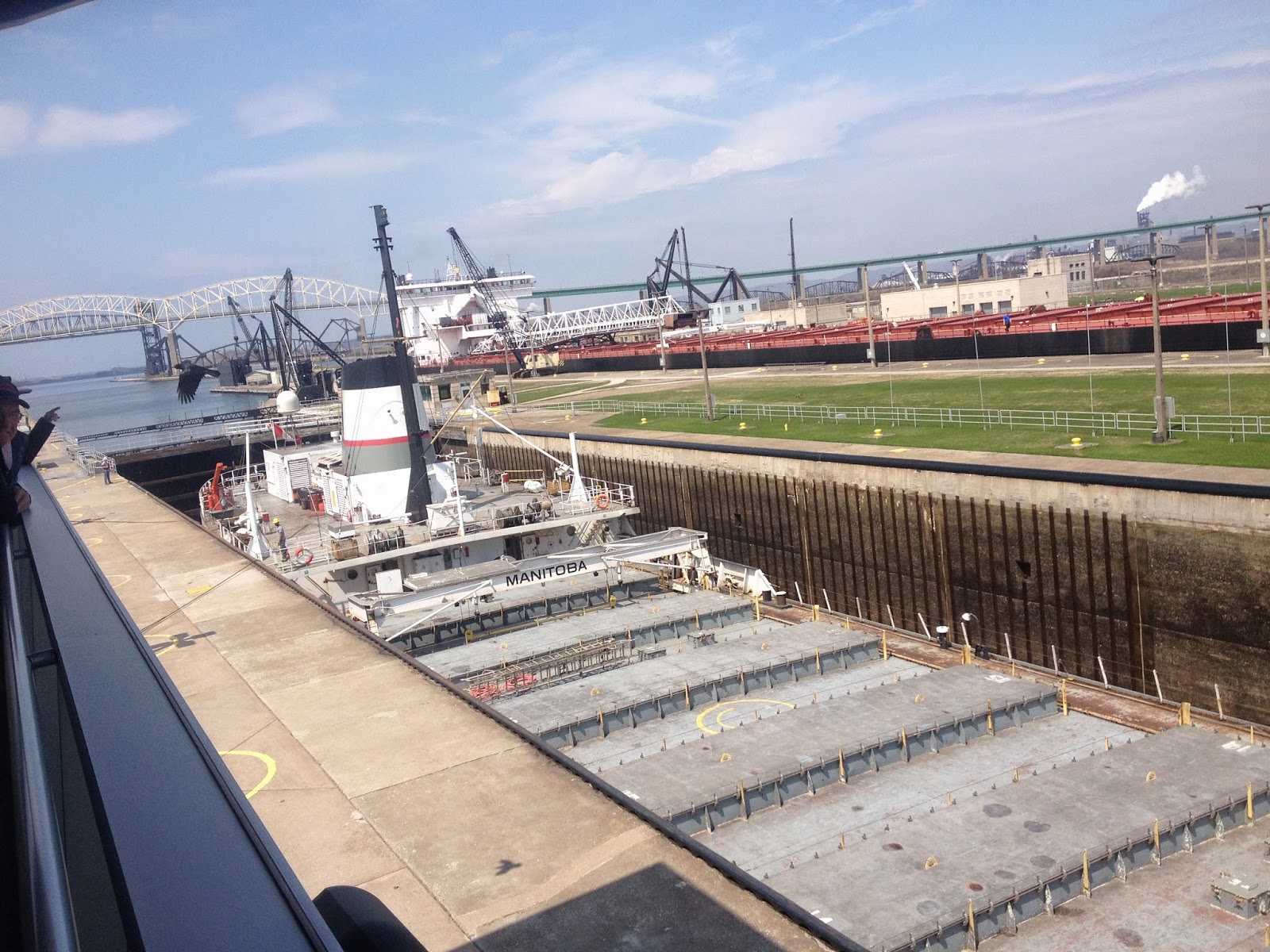 The gates opened and the started to leave the locks. The Manitoba was long gone before the other larger boat was even out of the locks. 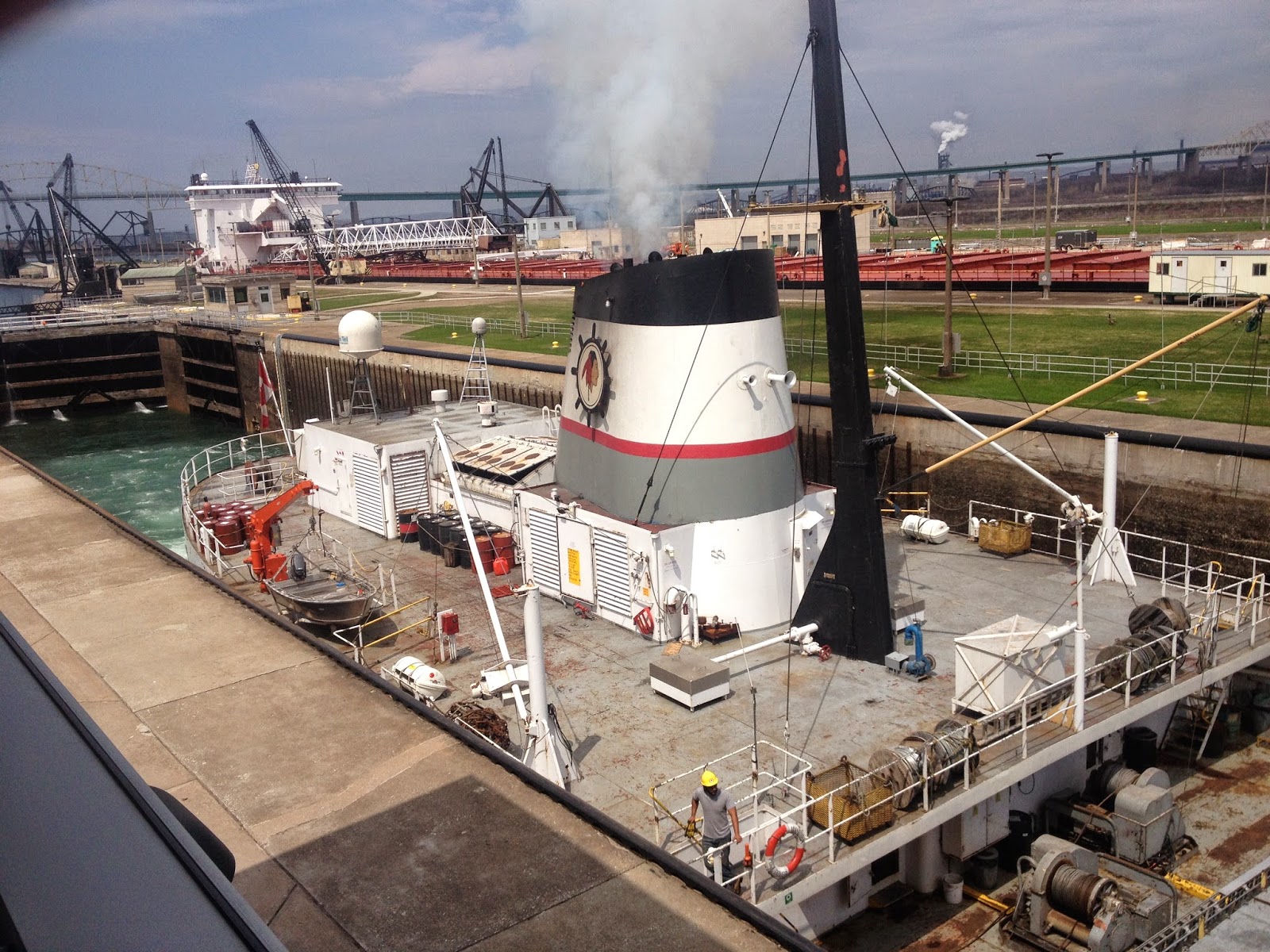 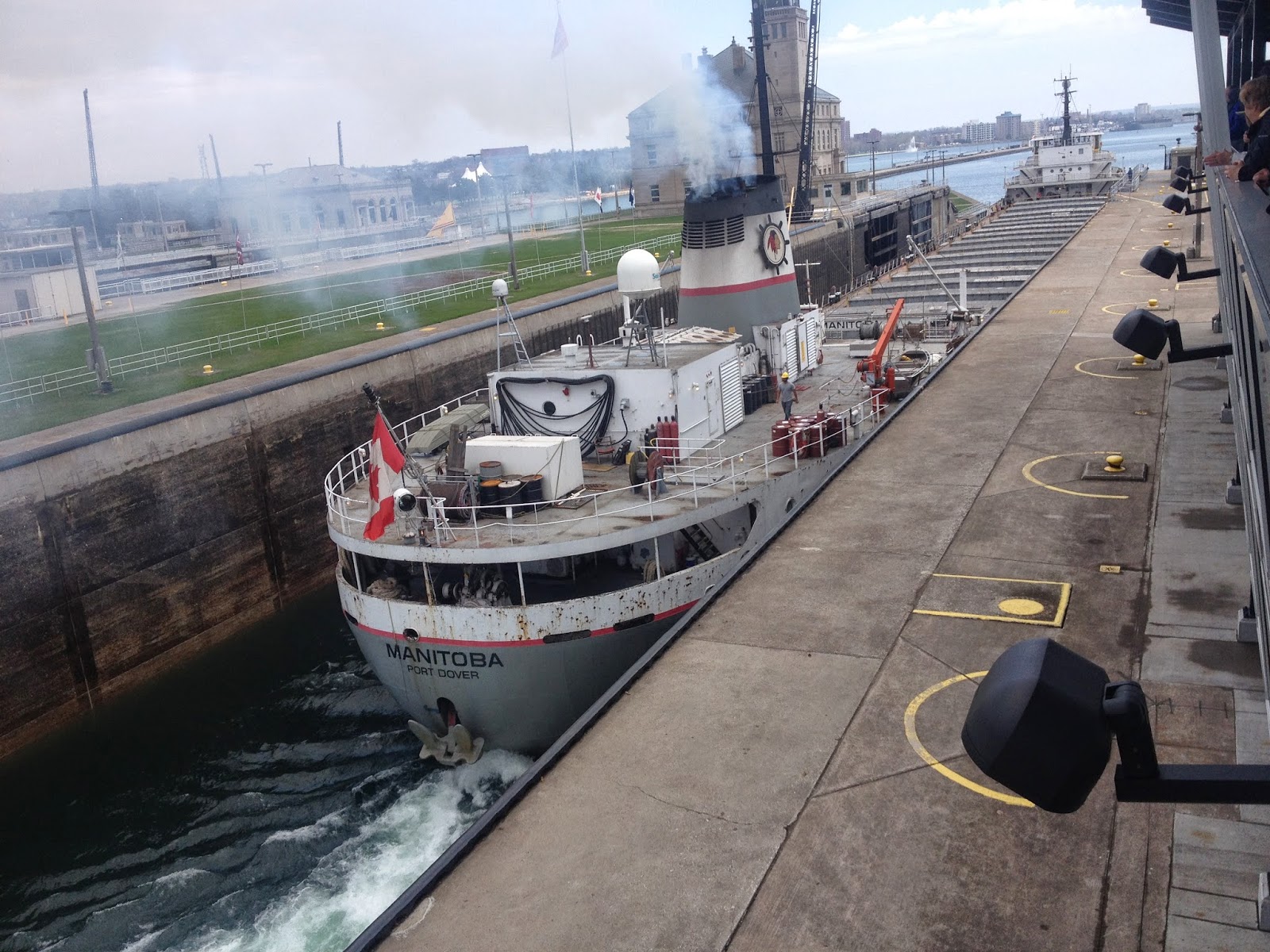 This is the back of the bigger boat. That shows you how tall it is also. 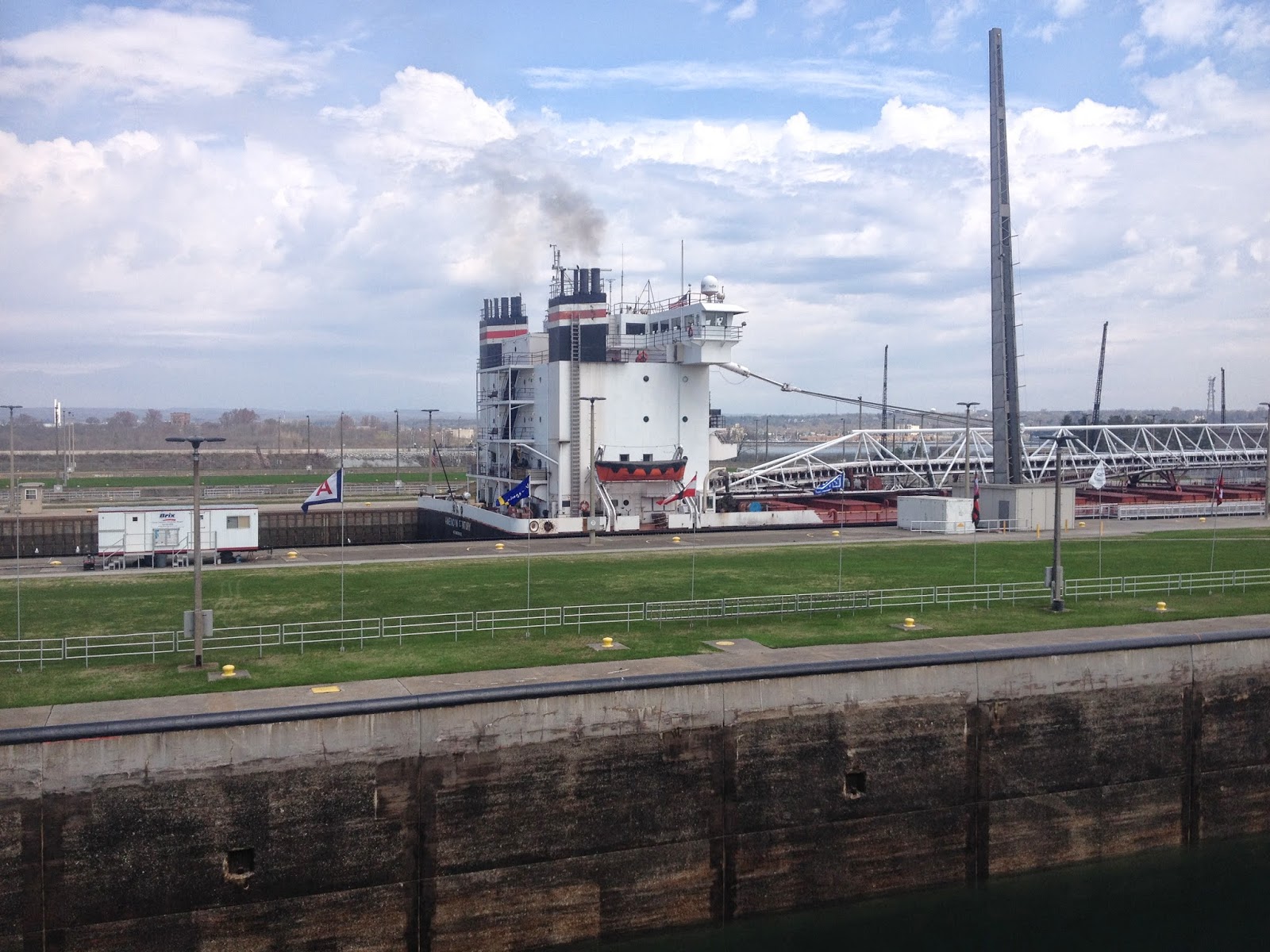 We went through a museum and looked at some information on the Edmond Fitzgerald and then hit the road. Here we are crossing the mackinac bridge. It is the link between the Upper Peninsula and the Lower Peninsula in this part of the state. Notice all the blue on the GPS. Water was on all sides of us. It would be a bad day if there was an earthquake. 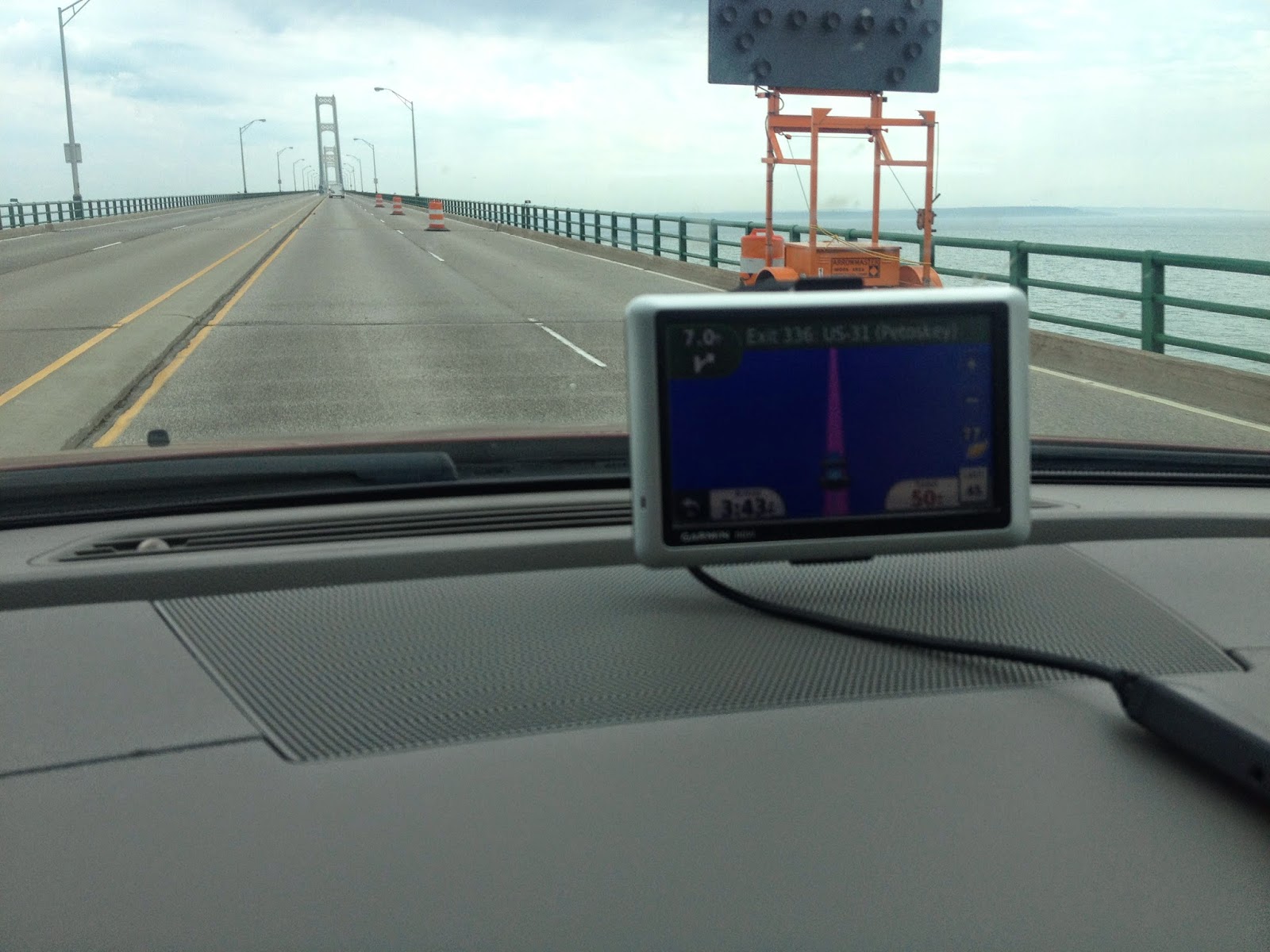 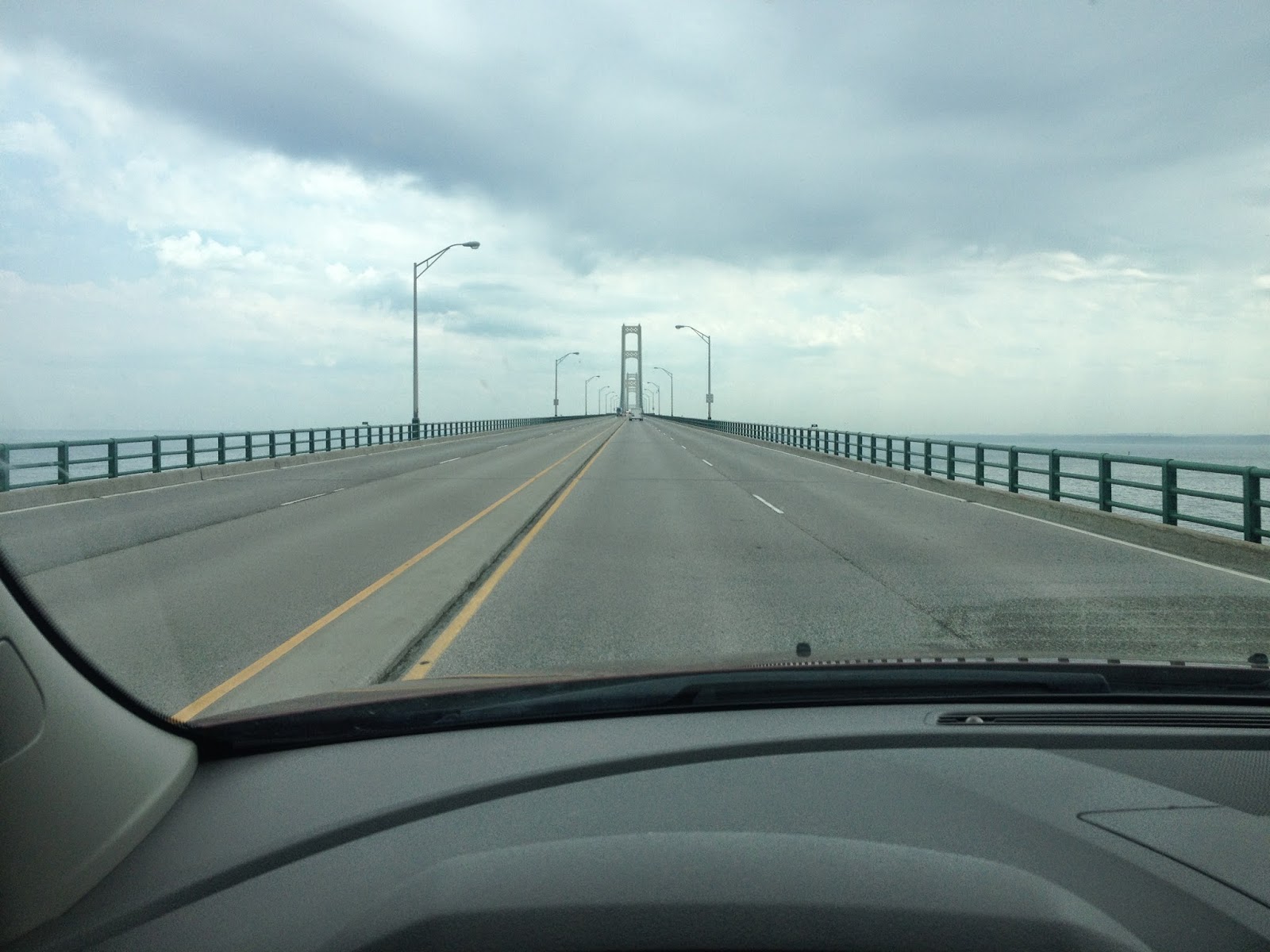 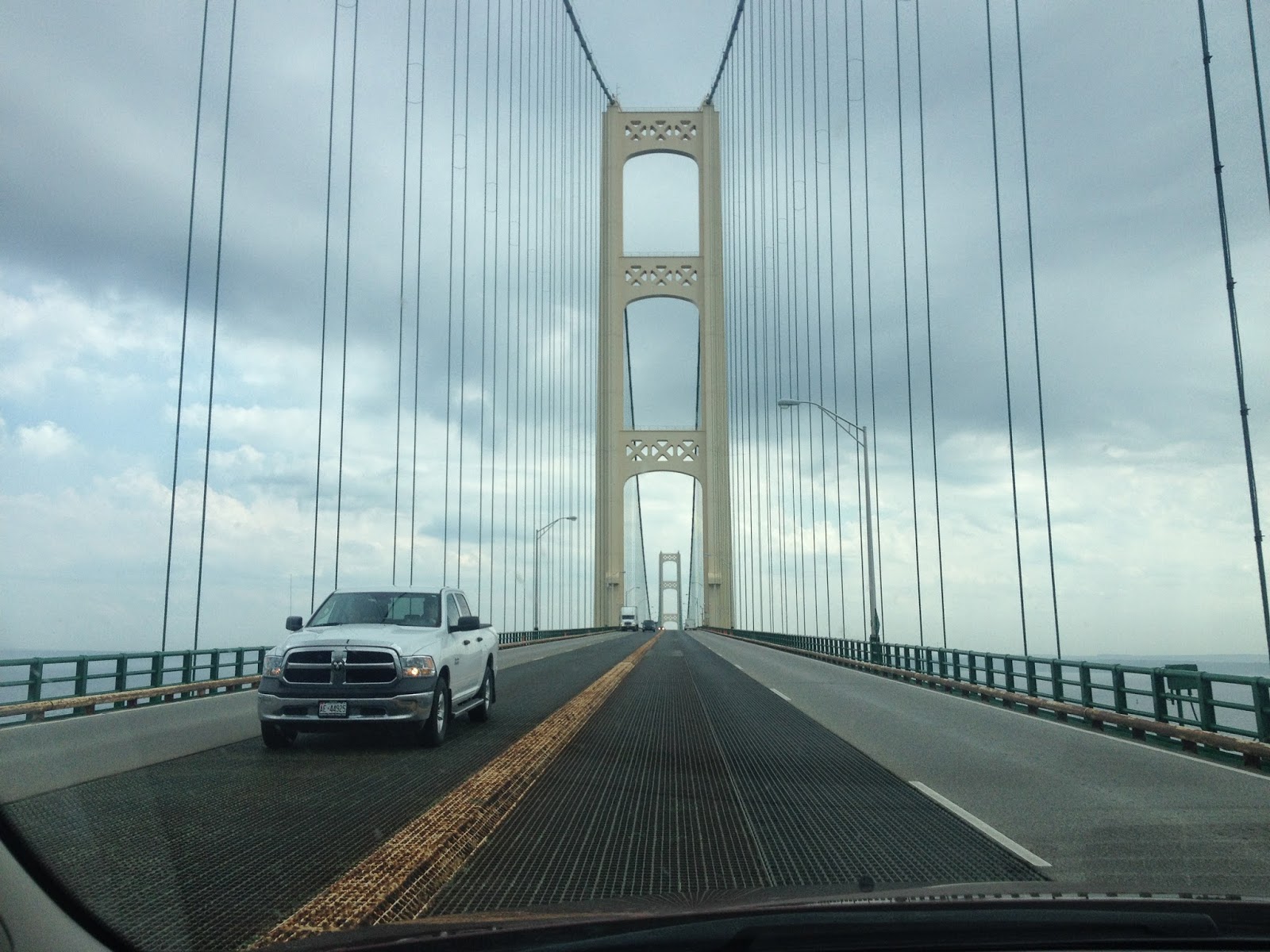 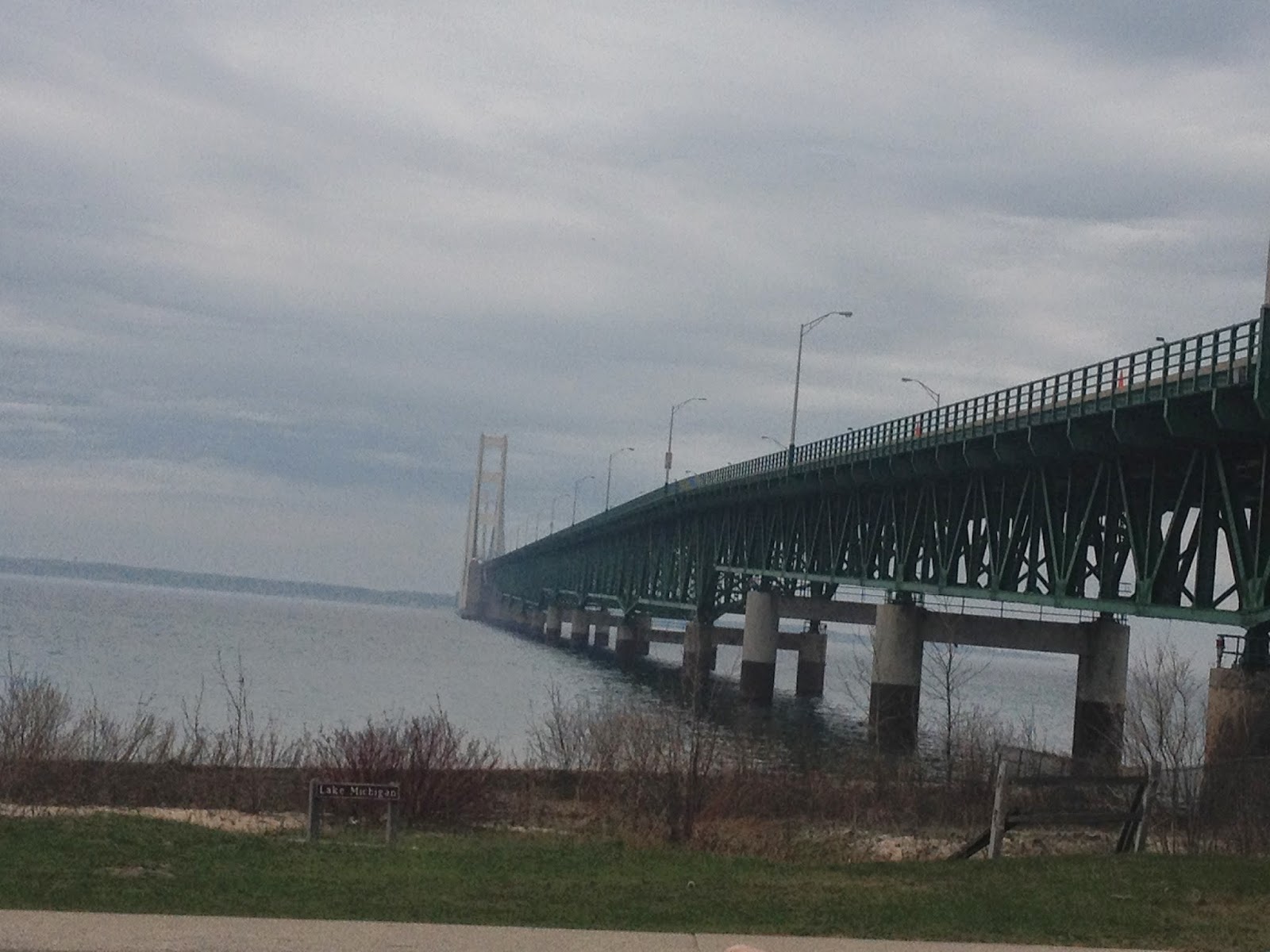 We drove on and stayed the night in Holland Michigan. It is the tulip capital of America. 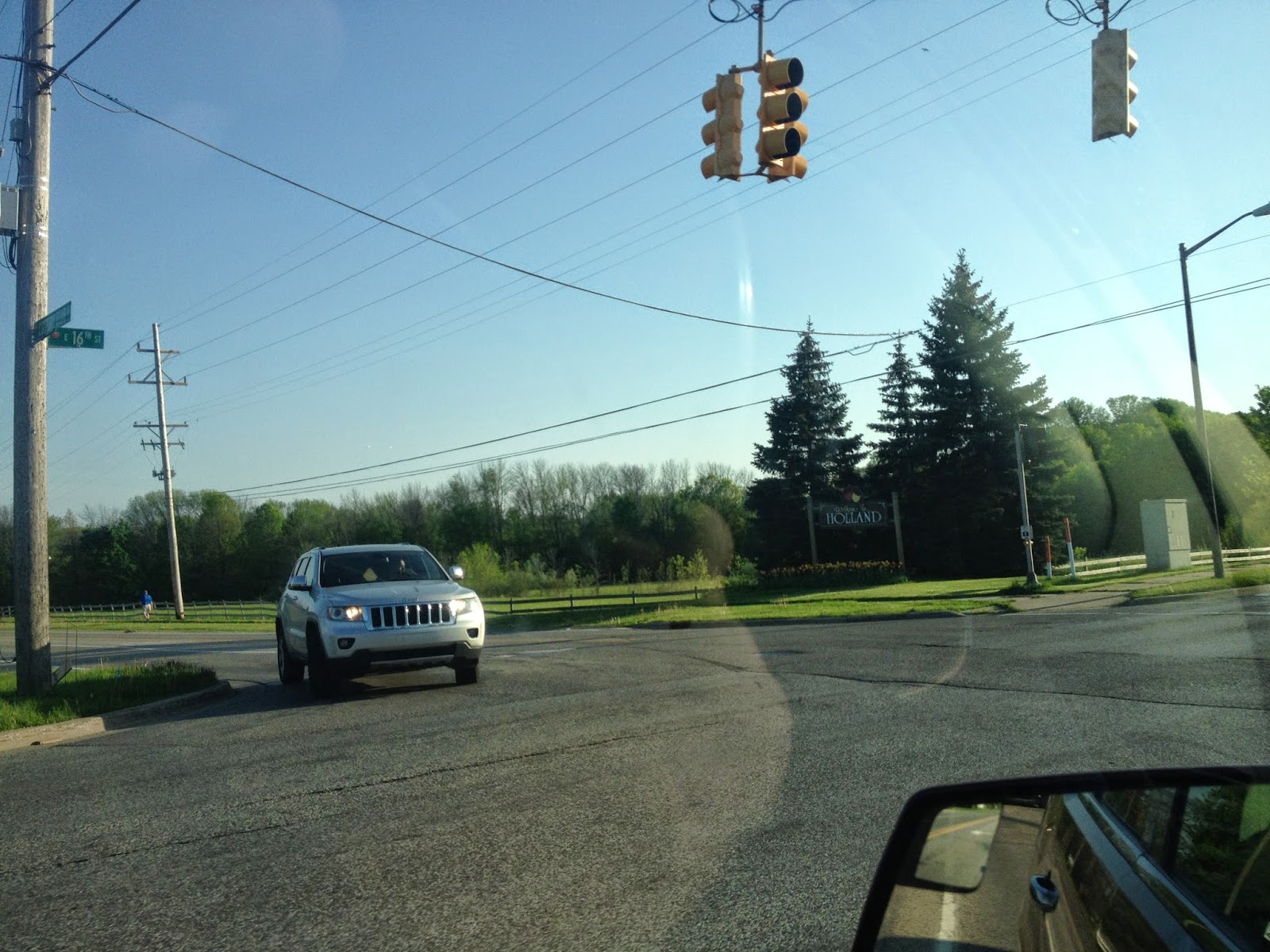 Tomorrow we begin our journey home on Route 66. We will head west for the rest of our trip!